Answers to all of these questions can be found somewhere on this website!

#1. How many gold medals did Yate & District members win at the South West Championships in 2012? ? Website - About the Club/Club History/Annual Review/2012

In the year of the London Olympics, Yate athletes won 5 Gold, 2 Silver and 2 Bronze at the South West Championships 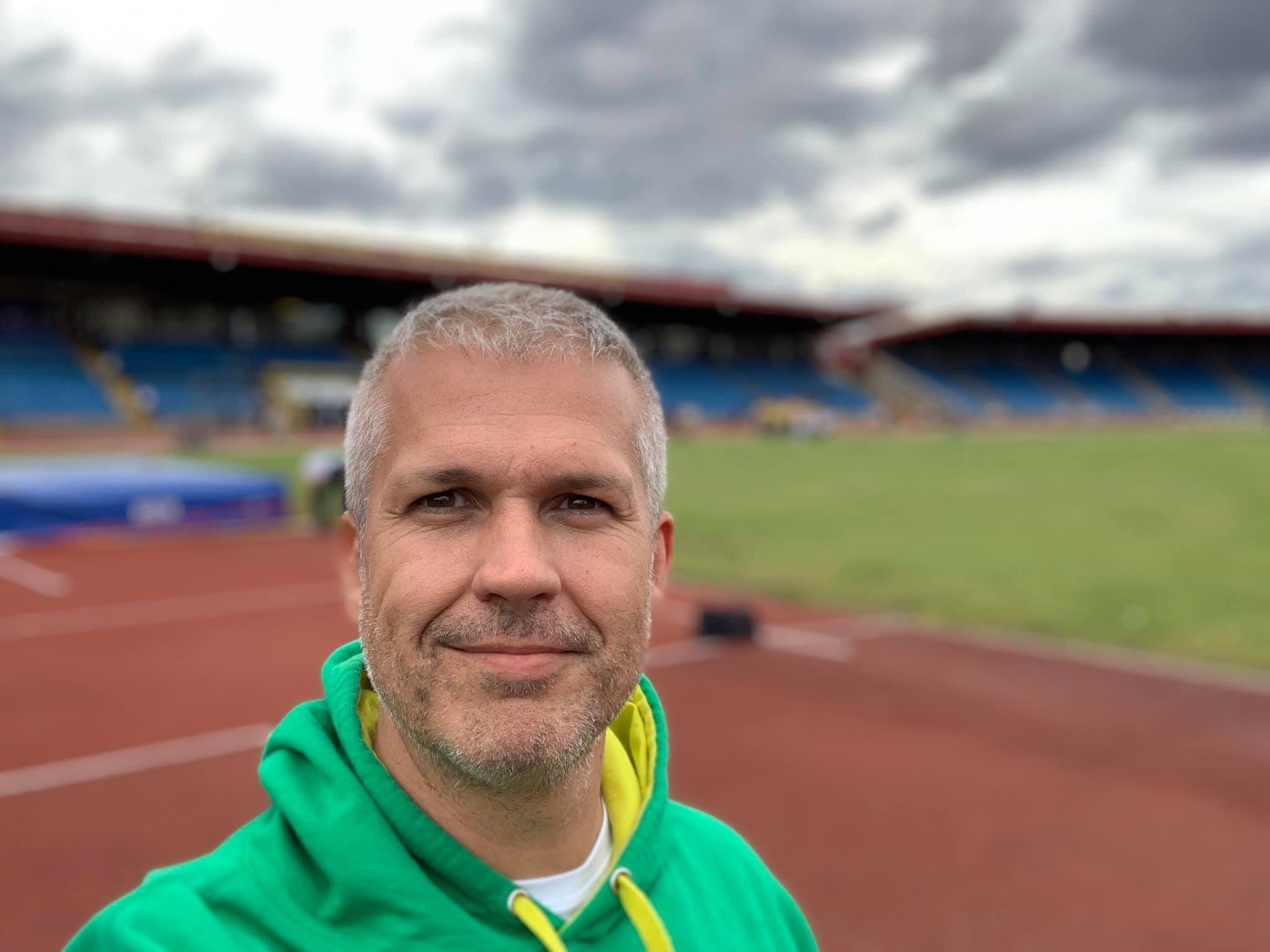 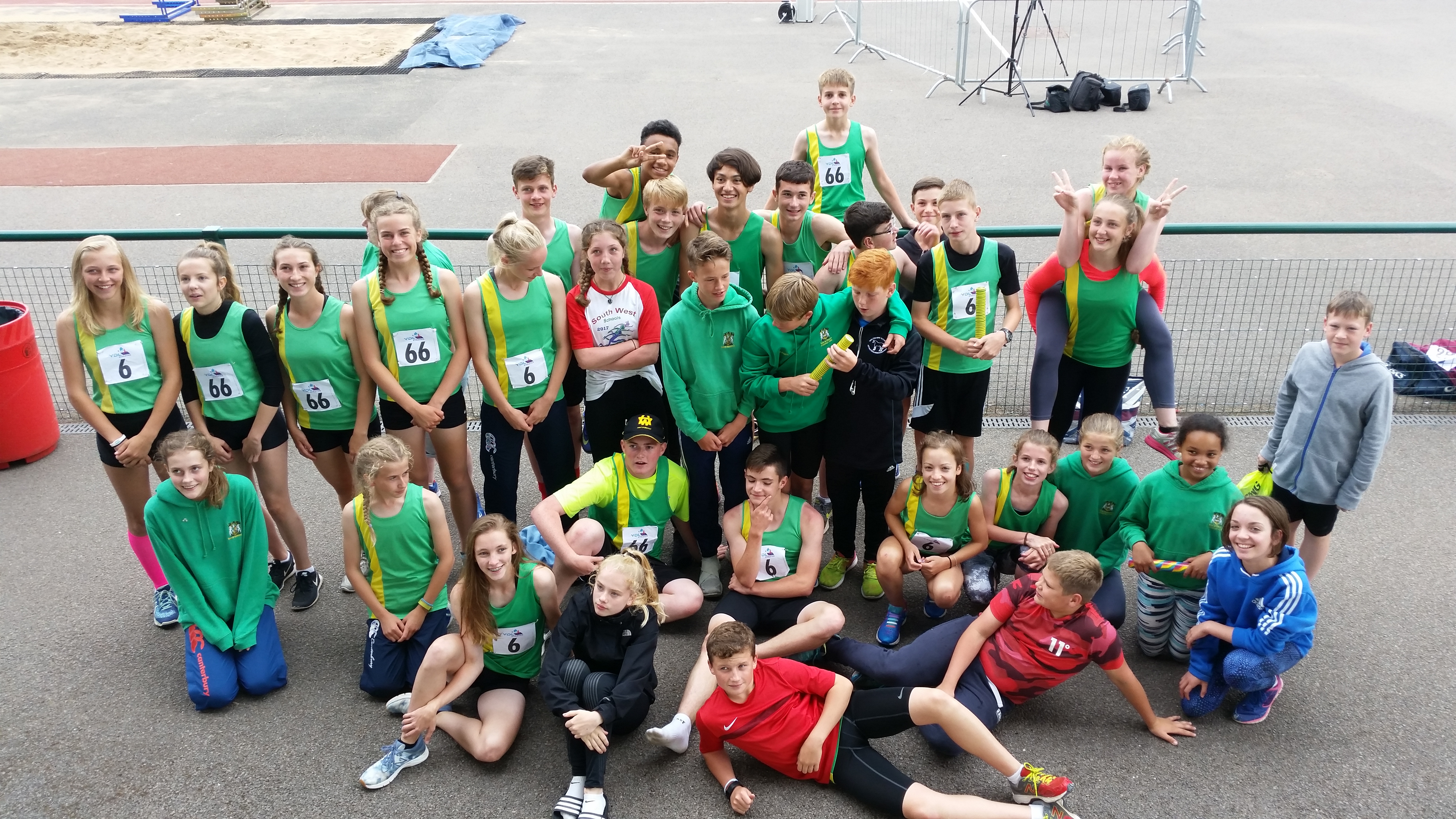 #3. In 2017, what position did Yate and District finish in the Lower Youth Development League South West Division 1? ? Website - About the Club/Club History/Annual Review/2017...League Tables

A picture of the 2017 Lower YDL Team to help jog a few memories!

This was our first year in the Premier League, following our promotion as Champions in 2016.

#4. What is the venue for our scheduled National Athletics League fixture on August 1st ? Website - Competition/Fixtures & Results/Fixtures

This home match should be the final league fixture.

#5. How much does it cost for a new (not a renewal) Senior athlete to join Yate & District AC? ? Website - Membership

Nothing special in that, but what is amazing is that they have stood firm for 37 years!

#7. What is the motto of Yate & District AC? ? The motto appears at the bottom of the Coat of Arms

Our club crest and motto is the same as the official Yate Coat of Arms “Pride & Perseverance”.

“Faster, Longer, Higher” is a play on the Olympic motto “Faster, Higher, Stronger”.

“By Skill and hard work” is the motto of Blackburn Rovers.

“More than a club” is the motto of Barcelona FC.

Hannah Jackson formally took the role on in 2020

#9. Winning an Award on 14 separate occasions, who is the clubs most prolific Awards Night winner? ? Website - About the Club/Club History/Awards Winners

Karen has won an award on 9 occasions

Matt has won an award on 11 occasions

Pat has won an award on 14 occasions

Jamie has won an award on 7 occasions

#10. On a Yate & District AC vest, which shoulder does the golden sash go over? ? There's a picture of it on this page!

The golden sash goes over the right shoulder

#11. In which year was Yate & District Athletic Club formed? ? Website - About the Club/Club History

#12. What is the name of the Classified Adverts page on the Yate & District AC website? ? Website - Shopping

ybay was Jeremy’s idea.  Obviously a play on eBay 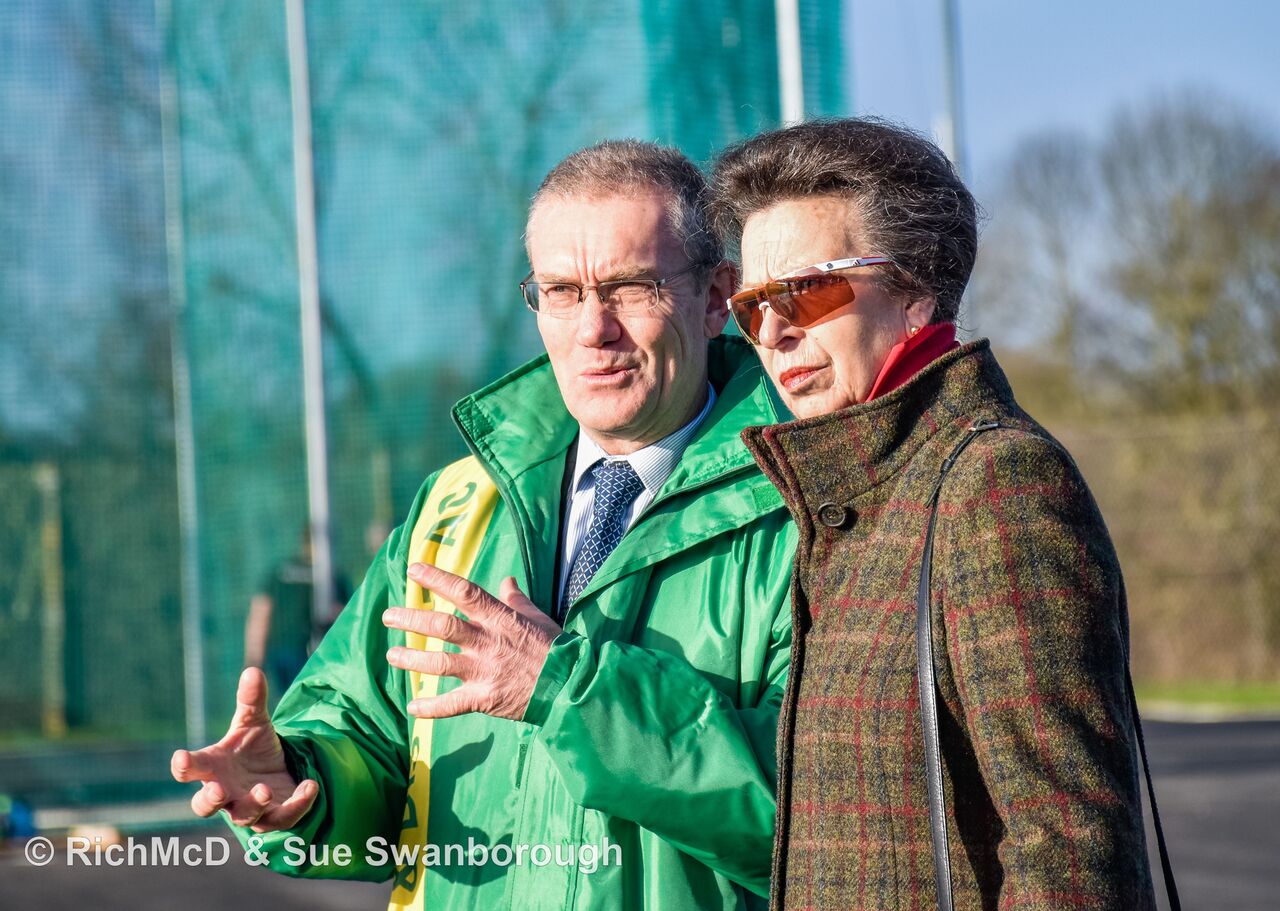 #13. In what year did Jeremy Dale become the Chairman of Yate & District AC? ? Website - Club History/About the Club/Hall of Fame

#14. Which company have Yate & District AC recently teamed up with as an online affiliate? ? Website - Shopping

We are now an online affiliate with Neuff

This means that they will pay us a small commission on anything you buy, once you visit their site using this link, which is already embedded in all the advert images we display on our website: https://www.neuff.co.uk?sca_ref=132199.YGXIHn4k73

#16. Who is the Team Manager for our Midland League Team? ? Website - Competition/Team Managers

Graham is the NAL Team Manager

Sandra is one of the Upper YDL Team Managers

However, there are two sessions on Wednesdays 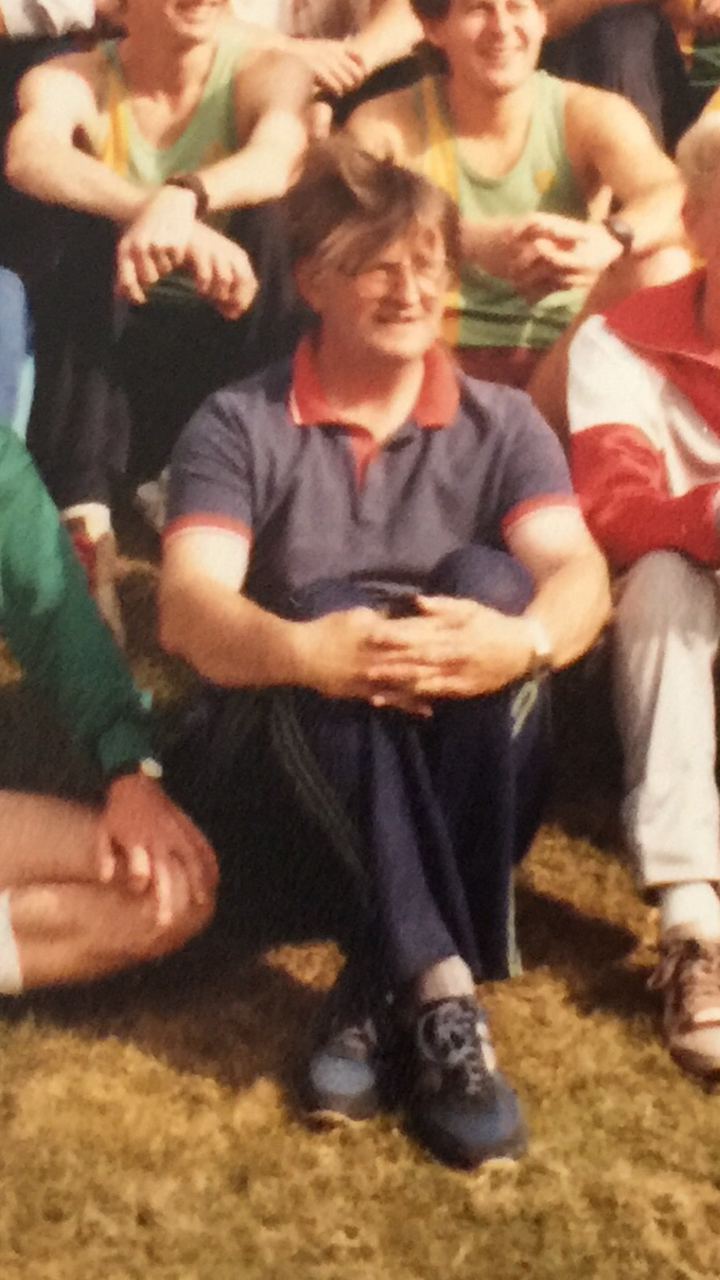 #18. What was the name of the clubs founder and first Chairman ? Website - About the Club/Club History/Annual Review/1983

He sadly passed away towards the end of 2019.  We now have a memorial bench at YOSC to remember him by. 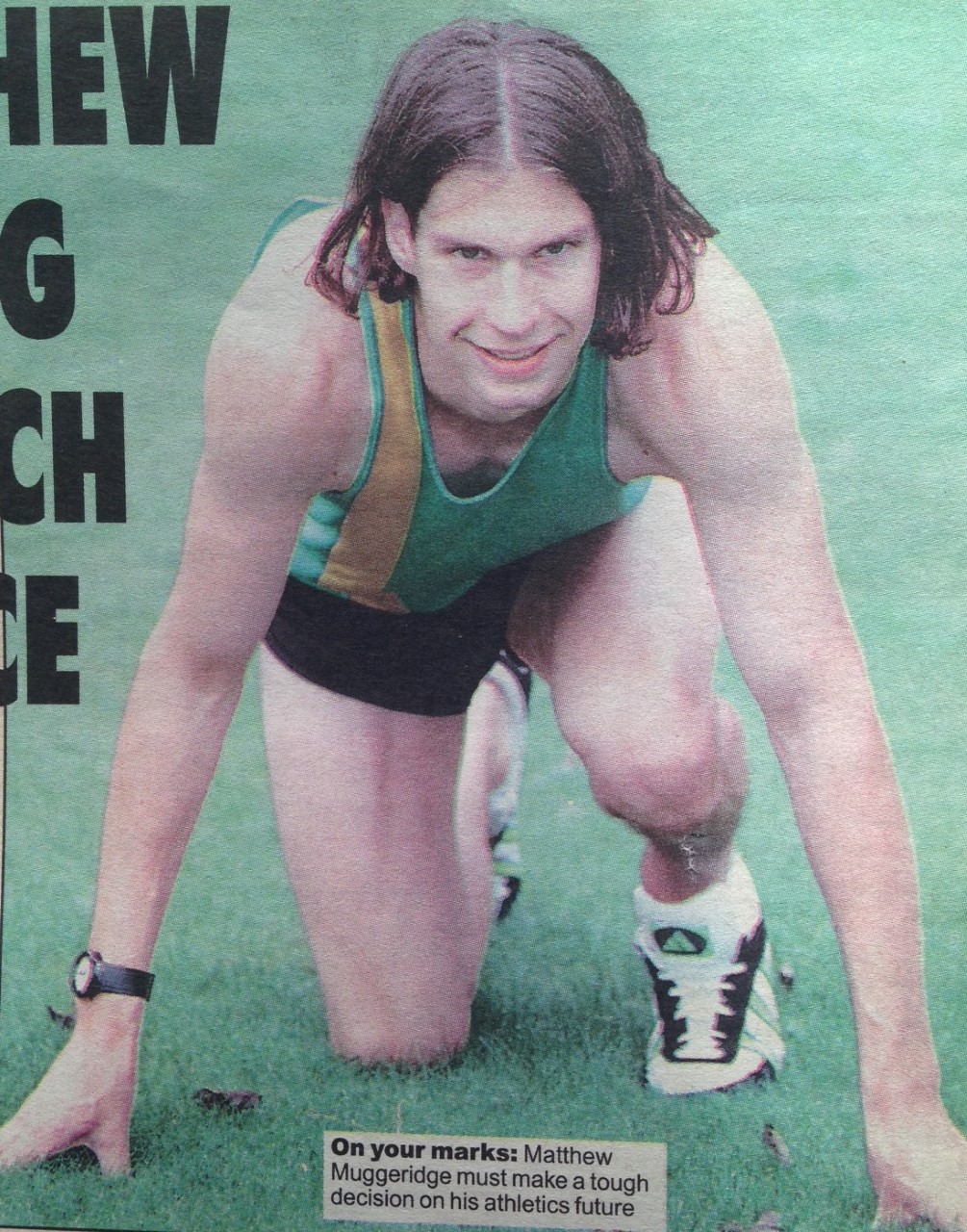 In 1999 the Midland League was still contested separately by men and women.

Club stalwart, Matt Muggeridge, would have been a key member of this team.  This picture appeared in the paper that year…Sorry Matt!

#20. Which of the following events is NOT a QuadKids event? ? Website - Competition/QuadKids

Speed bounce is not a Quadkids event.  It is however, a Sportshall event.