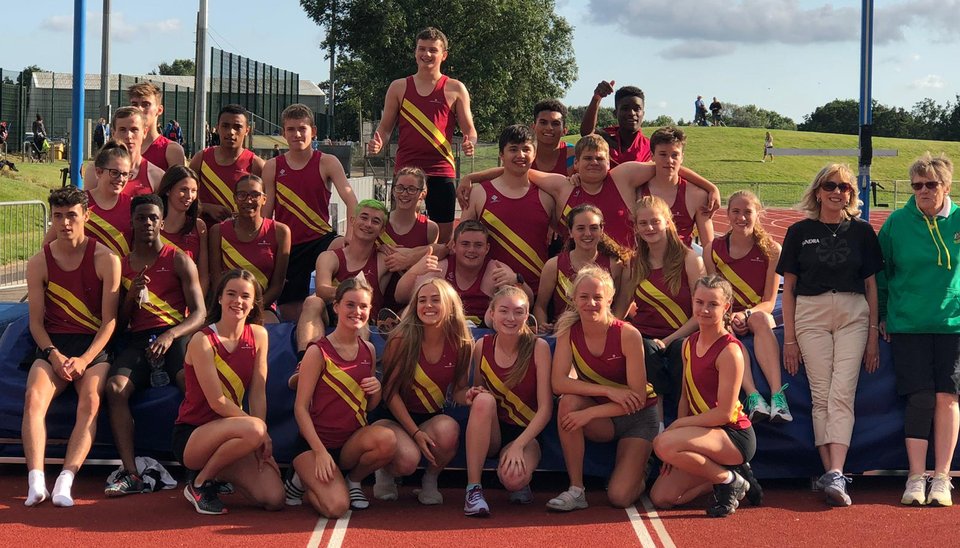 128 teams compete in this Nationwide Competition, which is split into 3 Regions.  Yate athletes compete as part of a composite Avon Team with athletes from Bristol & West and Team Bath. The team competes in the Midland Premier South West Division of the Midland Region.

The Youth Development League Upper Age Group is an inter-club team competition for U17 and U20 athletes, though U17 athletes can also take part as U20s.

We have been a highly successful team in previous seasons and want to repeat that performance again and INVITE YOU TAKE PART.

If we win the regional final then we quality for the national final.

Athletes must be first claim members of their clubs to be eligible to compete for Team Avon.

The league matches for 2022 are as follows:

Lesley Nunn (women) & Sandra Woodman (men) select the team two weeks in advance of the competition. We use the Power of Ten rankings to select athletes to score. The top two ranked athletes that are available for each match will be selected. In addition there are some opportunities to compete as a non-scorer in each match.

It is VITAL that you complete the availability form and return it with your current PBs for your preferred events. We cannot select you if you do not tell us when you are available.

Team selections will be published by email, and athletes are expected to confirm receipt to the Team Managers.

Please make sure you return your availability form in good time to be considered for team selection.

We are looking forward to a very successful 2022!

To aid team selection.  Please complete the relevant availability sheet and return to your Team Manager as soon as possible: