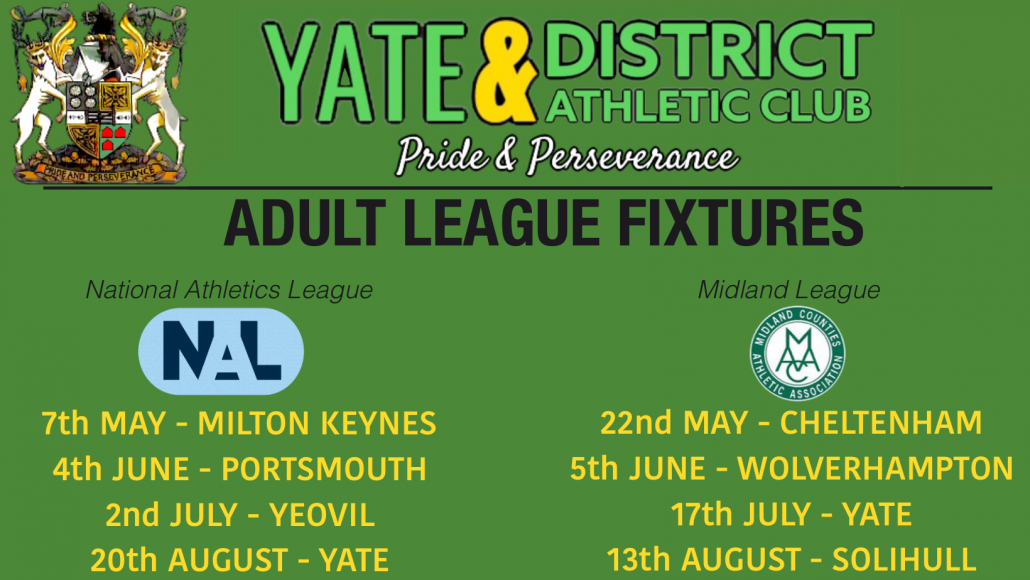 As we look forward to the summer season, we can announce that dates and venues for both of our major adult leagues are now confirmed.

Unlike last season, we will only be hosting one match per league, so there will be more travel involved.

Having finished 2021 as the (virtual) League Champions, we are very much hoping we can continue where we left off!

It has been announced that our current League, the “National One” will be removed in the next couple of years.  Therefore, if we are to remain a National League club, there is some pressure to attain a promotion within this timescale.

On top of the two aforementioned leagues, we also provide slightly less formal league action, that will satisfy all levels, in the form of the Avon Track & Field League.

Dates and venues are, as yet, unconfirmed, but the following have been pencilled in:

It is possible for athletes to compete for two clubs in order to experience higher level competition.

It is important this is done before the end of February.

We would like to take this opportunity to extend a warm invitation to anybody looking for some Higher Claim competition and ask that anybody looking to compete for an ambitious club this year contacts Graham Howell.