I don’t know about you lot, but I would happily never watch an athletics match on BBC for the rest of my life.

Don’t get me wrong, I’m interested in the athletics and want to know how our athletes compare with those from the rest of the world. But the way the BBC presents the sport is enough to turn even the most enthusiastic fan into a growling bundle of discontent.

Phrases that strike a chill into the heart of this viewer at least: “Over to Colin Jackson for his analysis.” “X is trackside with Phil.” “What did you make of that, Denise?”

Especially if you can see in the background an athlete running up to the long jump or the shot – or anything at all really. I would rather watch the bag carriers doing their work than listen to any more embarrassing interviews with breathless athletes, or babbling chatter between Colin and Denise.

Perfectly decent people, I hope you’ll agree, and, in Denise’s case, easy on the eye – but what exactly do they contribute to our experience of watching athletics?

What is missing, particularly in the coverage of field events, is any sense of the match developing. Take Saturday’s long jump competition. Great that Greg Rutherford won, but where was the tension? The developing rivalry with the Chinese athlete? The other athletes?

First off – get rid of Colin Jackson. And Phil. Put the other presenters on notice that they’ve got to be sharper and quicker and if they utter one more meaningless platitude they’ll be out on their ears. Alternatively, sack the lot and hire Michael Johnson on as much money as he asks for.

Second – and more seriously. Stop televising Diamond League and friendly meetings just because some American athletes are gracing us with their presence. Concentrate on domestic championships – even regional championships, where the audience stand some chance of relating to those competing.

Third – stop trying to do it live. There are too many gaps in the best run programme and what hace we got to fill them with? “Over to Colin and Denise”!!!!!!

The ideal athletics programme on TV would be a 45 minute, edited summary of the British and UK Women’s League top divisions, probably on Channel 4, so that over the summer the audience could build up some knowledge of the teams involved, how they relate to each other, who the athletes are who work hardest for their clubs, where they come from and so on. People could start to root for their nearest club team, instead of switching off from the sheer boredom of watching the same two Americans as last week running a meaningless circuit.

Enough! Rant over. As it happens, Lesley and I missed Mo Farah’s world record. We had switched over to Judge John Deed……. 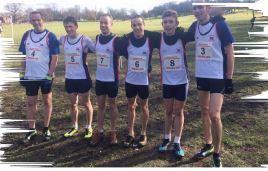 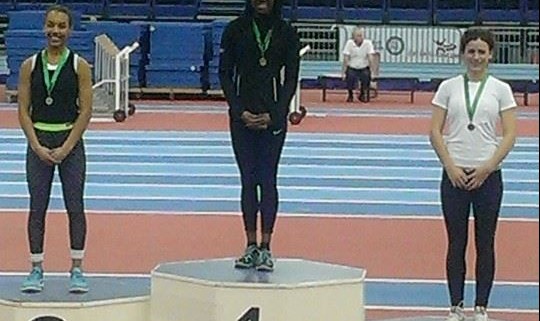 Yvette Westwood continued her early season form by winning bronze, this time in the 200m in a new PB of 25.29. Her coach, Rob Ellchuck was particularly pleased that she did a Pb in the heat and then in the final, with her heat, semi and final all within 4 hrs (the semi only 55mins before the final).

Special mention must go to Adam in the high jump gaining a silver with a great jump of 1.88 (Still only 15) and Kane Lee who missed out on a medal in the 800m by only 0.62sec!

Some excellent performances at the Birmingham indoors games on the 7/8th February saw another host of PBs and SBs.

Adam Brook Jumped well, starting the season with a solid 1.80m SB in his second competition this year.

Congratulations to you all, its is so good seeing our athletes performing well.

Congratulations to Adam Wilson who has been selected to represent Great Britain @ the 7th INAS European Cross country championships @ Thorns Park in Wakefield, West Yorkshire on 19-23 February.  It is great to see all his hard work rewarded and we wish him best of luck.

The Avon League track and field dates are now out and are: