The National Athletics League (NAL) was formed in 2021 following the dissolution of the British Athletic League.

This transition provided a chance for Yate & District Athletic Club to join a national league for the first time.

The COVID pandemic meant the inaugural season wasn’t going to be a ‘normal’ one.  Starting in League One, the club were physically matched against other local clubs, whilst they contested a paper competition against clubs from around the UK.

It was decided that, due to these circumstances, there would be no promotion or relegation at the end of the season.

At the end of the season and against everybody’s expectations, the club topped the league! 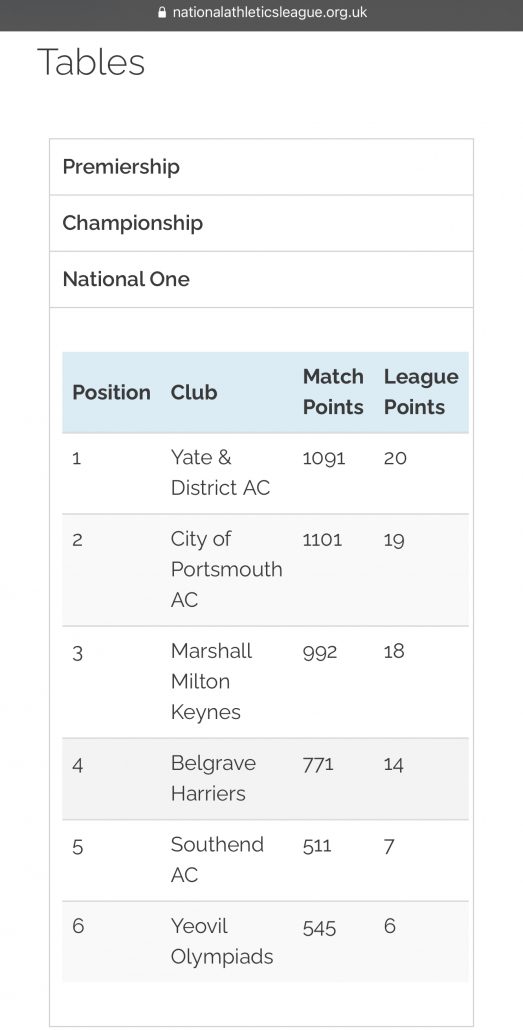 The following “overall” Club rankings were compiled on September 9th, before the final Avon Track & Field League and might not necessarily be the final 2021 rankings.

They include all age groups and second claim athletes.

Looking ahead to Season 2022, If promotion/relegation is introduced the team should be in with a chance to be promoted.

We do need to strengthen our depth of available athletes across all events and priority for some events where there have been few or no athletes to select from.

Interested potential athletes can contact Graham Howell directly for information about the NAL team and opportunities for next season.

Anybody who is interested in competing for Yate as a “second claim” athlete will need to apply to England Athletics before the end of February 2022.