The Deaf Studies Trust, along with the Adaptive Athletics project at Yate AC, ran a competitive event for deaf schoolchildren.

On the day, we had 50 competitors from 6 years old to 15 years old. They came from Bristol, South Gloucestershire and Wiltshire schools. 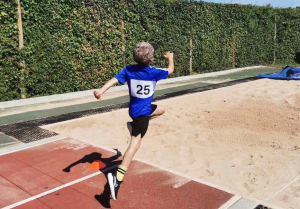 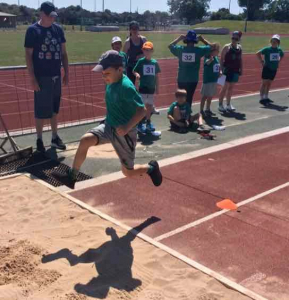 We had run preparatory sessions for the Bristol schools and Wiltshire schools in the weeks leading up to the event, but for many this was their first time at a full-scale track.

There was a large range of ability and some with considerable additional needs.  We split the competitors into 6 groups by age and predicted ability and they cycled round run, jump and throw disciplines with the older group able to do high jump and javelin and finishing with a 400m run.

We were not so concerned about world records as enjoyment and group interaction.

With field events in the morning and the track in the afternoon, there was an enthusiastic crowd in the stands to cheer people on.

Races started with flags and instructions in sign language marked the event as somewhat different from usual activities at YOSC.

Respectable performances (remember these are not club-trained athletes) as follows;

Among the under 15s:

Among the under 13s:

And of course, for nearly all, their performances were PBs.  And they each had a certificate to take home. 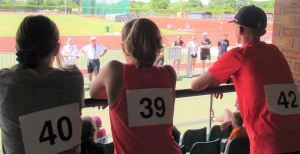 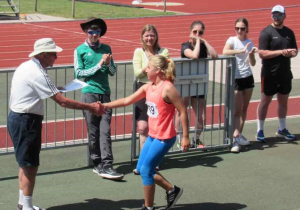 Thanks to the help of Mike and Carol Strange, Jodie and Melissa Dale, Toby Conibear, Patrick Kyle, Eugene Hechavarria, Eddie Ellis-Cooper, there was a great deal of UK Athletics expertise available to manage the events and to instruct and support as necessary.

Thanks also to Hilary, Tom, Iain and Jeanette who helped out.

Responses were very encouraging, and the consensus was that they want a repeat next year ….