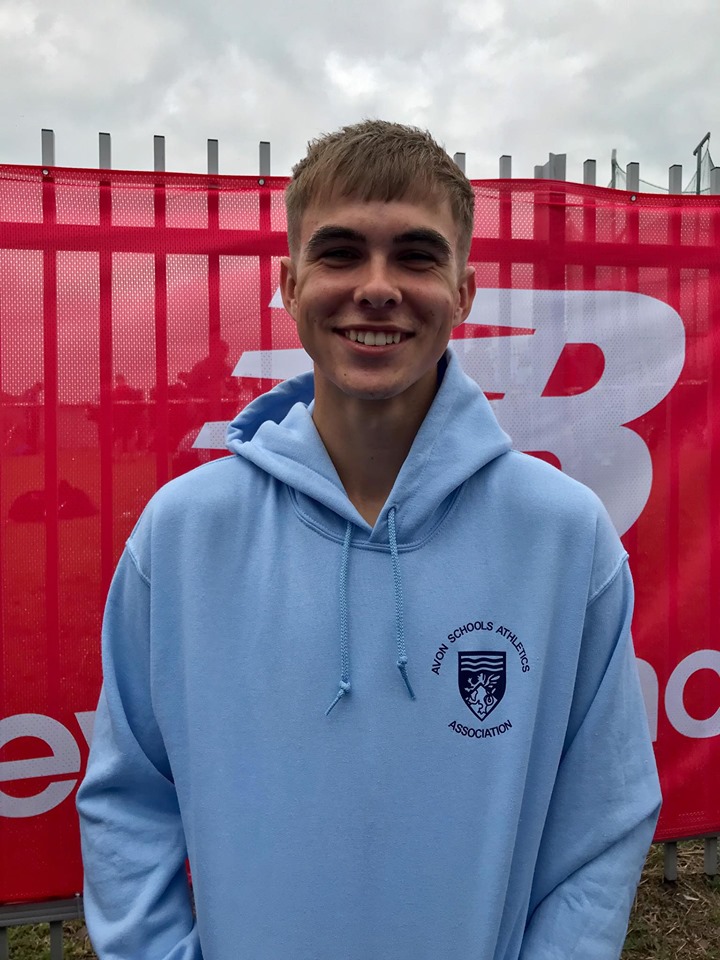 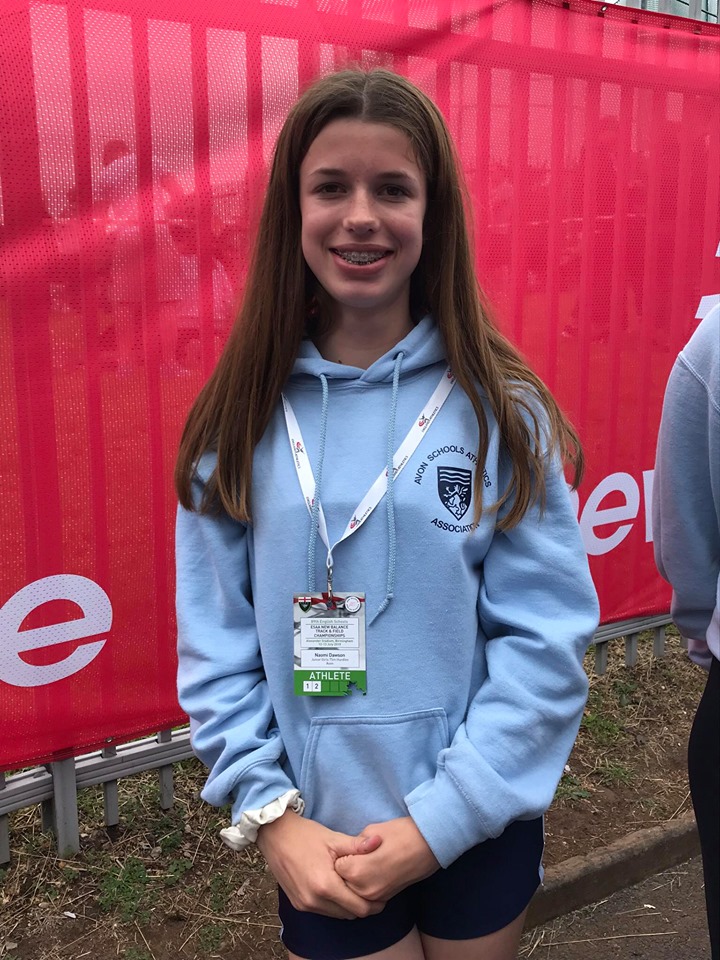 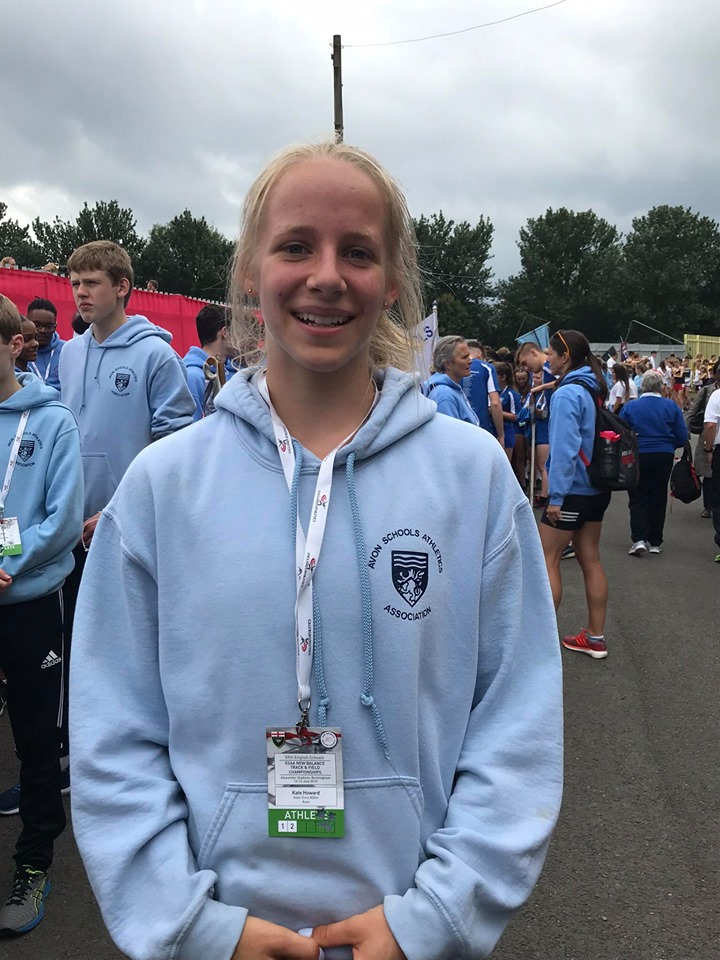 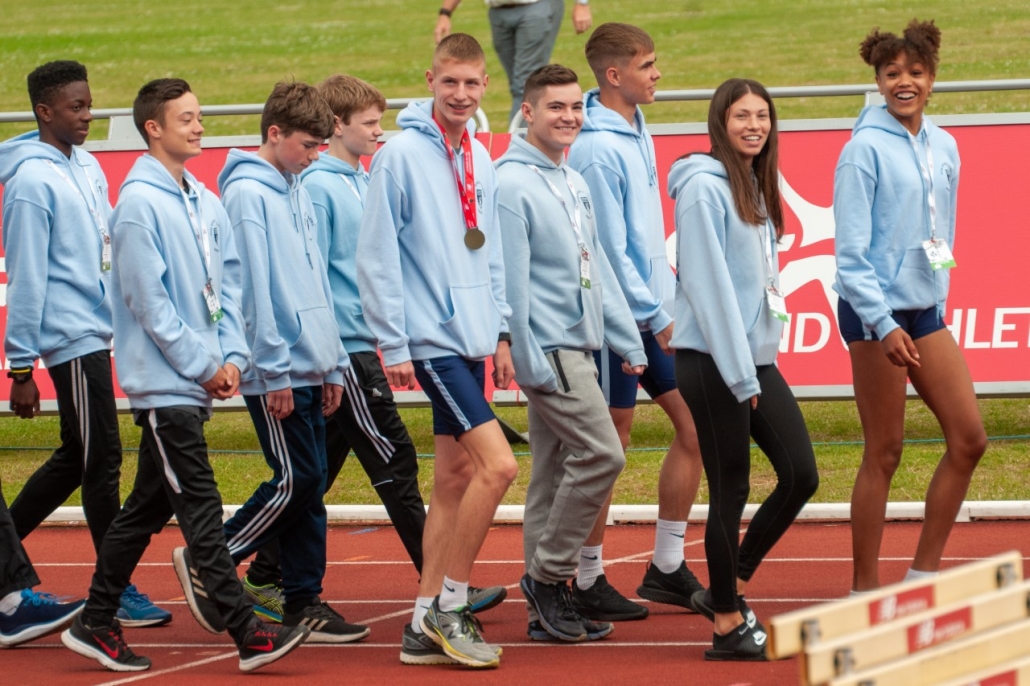 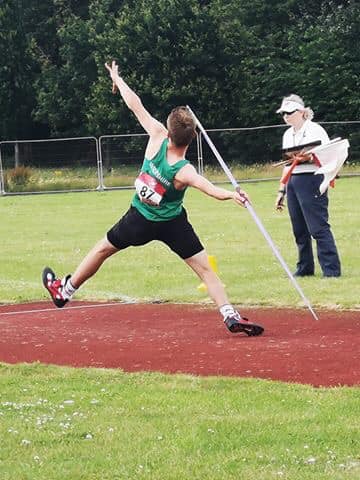 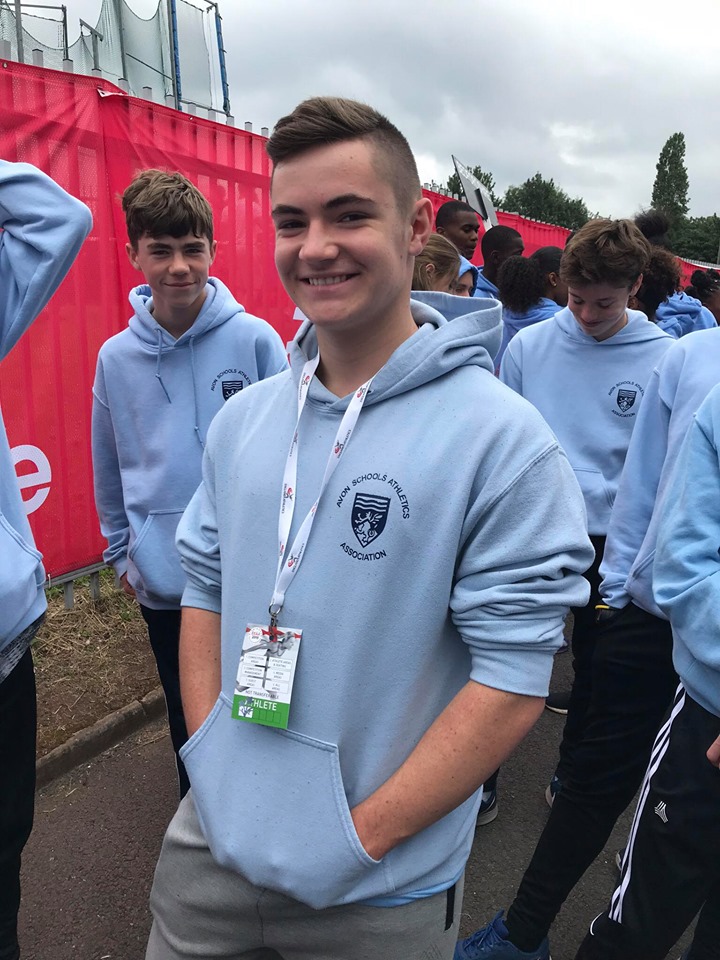 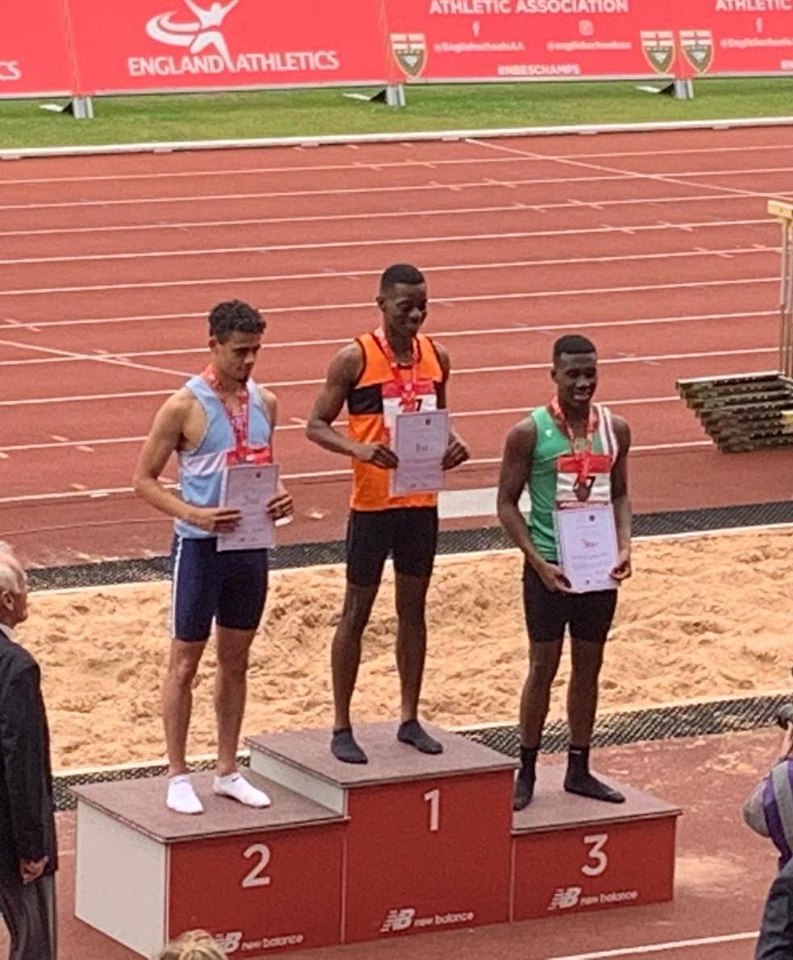 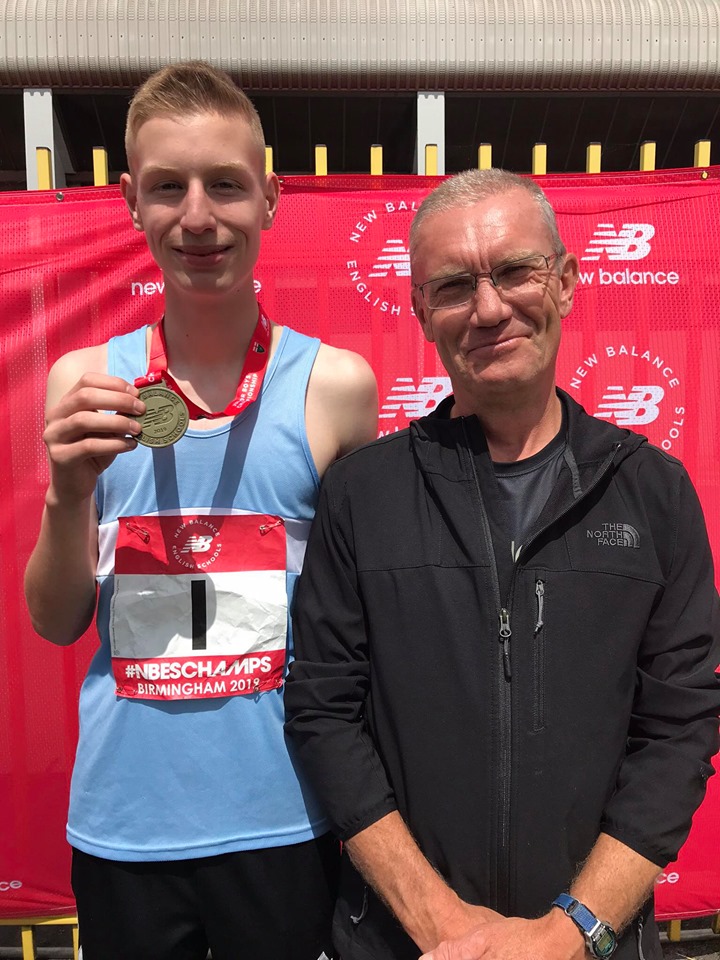 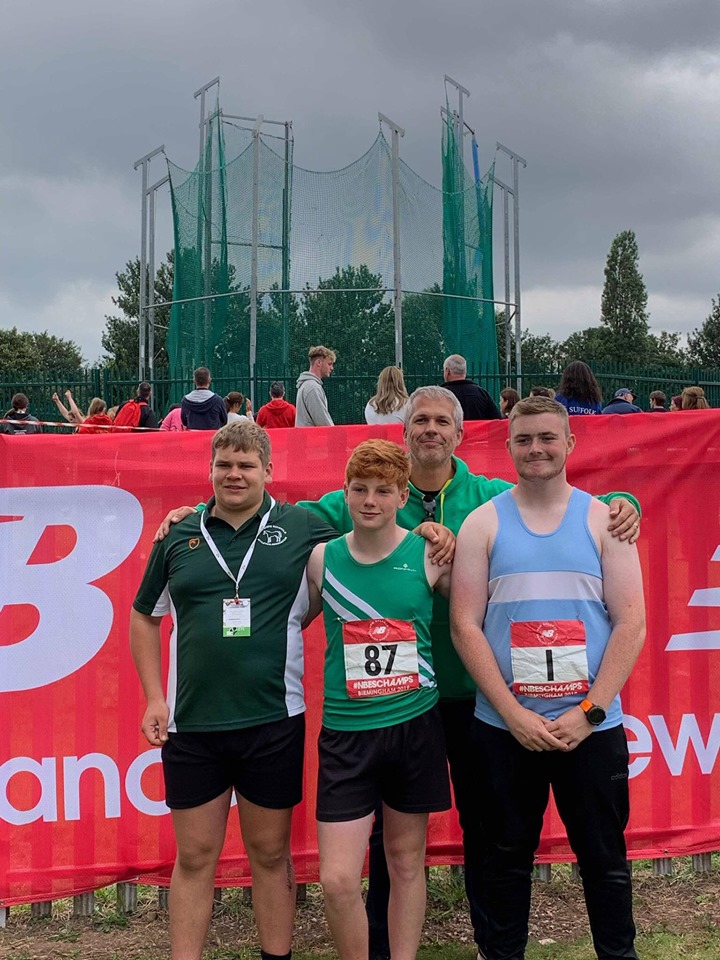 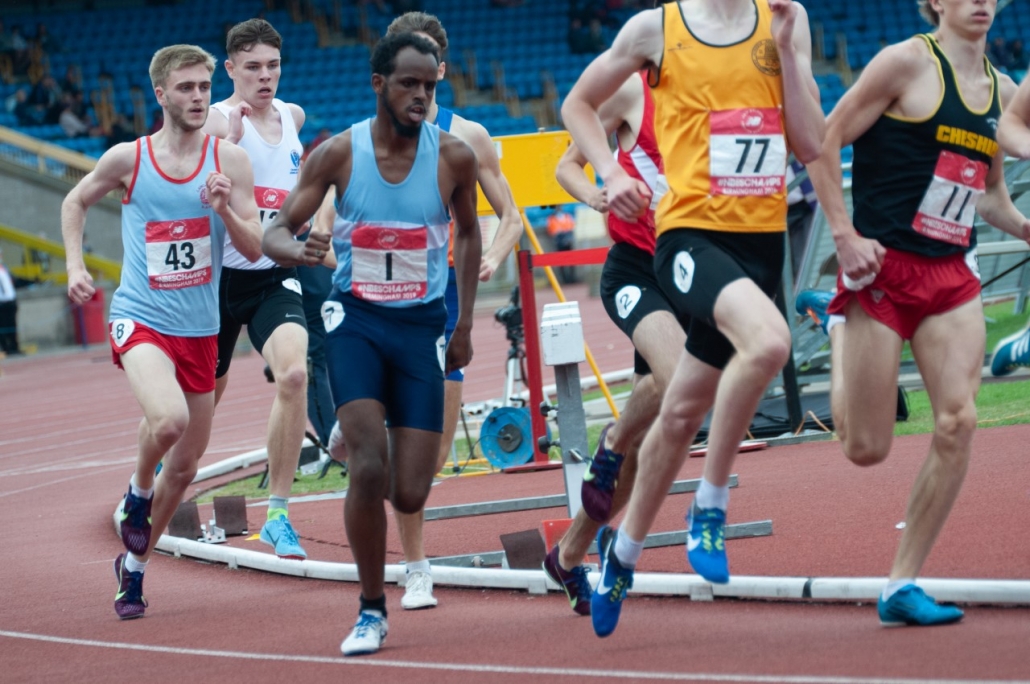 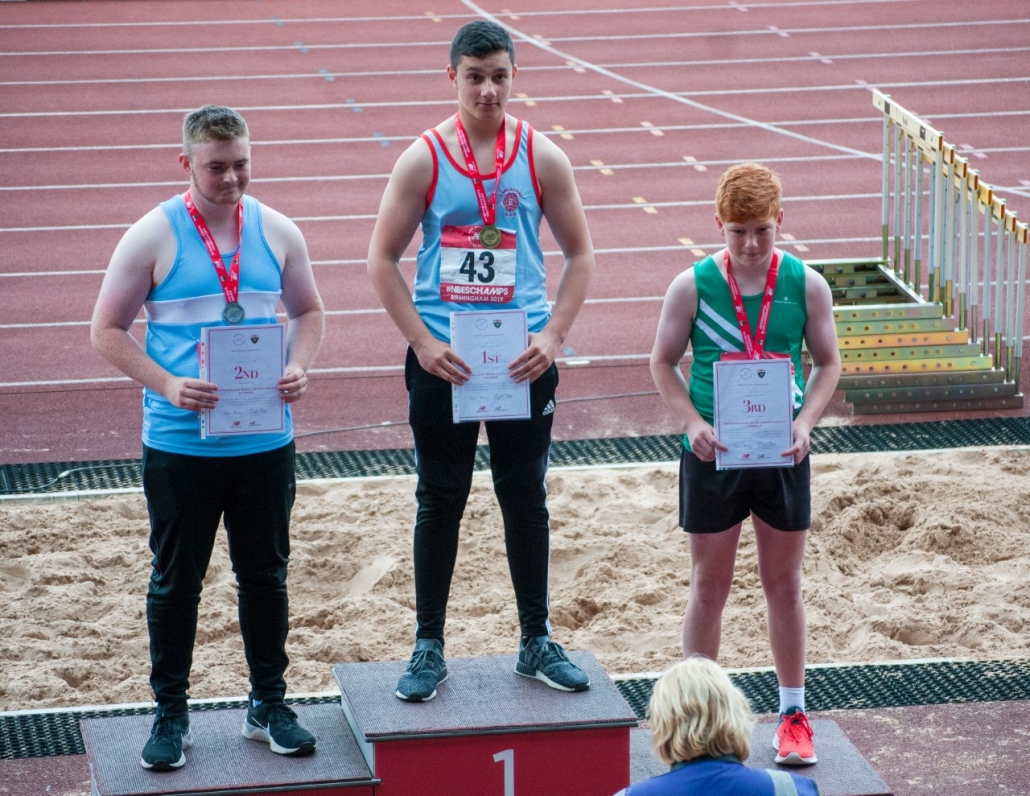 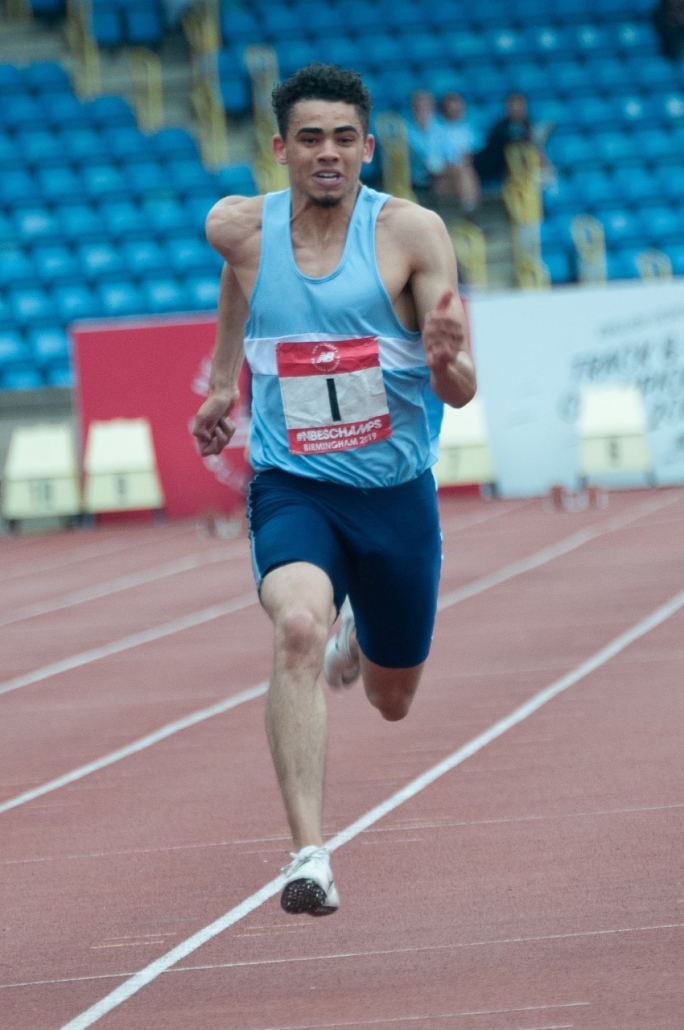 What a great first day at the English Schools Track and Field Championships, where 14 Yate AC athletes competed in their county teams! Despite the sunshine it was pretty cold in Birmingham today, and very blustery. All but four of our athletes have been in action and we are so proud of each of them! Here is a quick summary, as well as who to watch out for tomorrow.

Luke Ball won the Gold ? medal in the junior boys high jump in a competition that latest two hours. Nice clean jumping and Luke had won the competition at 1.81m, but then went on to clear two more heights, finishing with 1.87m! Well done Luke and coach Jeremy

Dan Brooks ran a storming 100m, with a national standard time of 10.75s- the fastest in all the heats. The final is tomorrow afternoon – we’ve got everything crossed for another medal!

Isaac Cory also ran the 100m, finishing 5th in his heat and 12th overall in a field of 22 athletes, just missing out on a place in the final.

Theo Spurrell competed in the JB javelin. He threw a huge national standard throw of 49.73m, a PB of nearly 3m, which gained him a fantastic 5th place finish.

Abdi Hasan ran a brilliant 800m with a PB of 1.54.96, finishing second in his heat which has gained him a spot in the final tomorrow.

Seamus Robinson had a tough 1500m race, but held his own and finished 24th overall in a field of 32 athletes.

Naomi Dawson ran the 75m hurdles on the back straight into -5 headwind. She finished 7th in her heat with a great time of 12.81s considering the wind.

Another fantastic day at the English Schools Track and Field Championships with FOUR more medals for Yate athletes – which gives us a full set of run, jump and throw medals!

First up this morning was Fiona Barclay in the inter girls high jump, she cleared a very respectable 1.61m, that placed her 13th out of a field of 23 athletes. Great result from Fiona as she is in the first year of this age group.

Next up we had three inter boys hammer throwers in a very exciting competition.

Toby Conibear won the inter boys ?silver ?medal with a national standard throw of 62.48m. In this age group the 1st and 2nd place athletes are selected for the England team to compete in a school’s international match next weekend! So huge congratulations to Toby, and coach Matt Spicer , for this achievement! Looking forward to seeing you in your England kit Toby!

James Viner finished in 7th place with an ES throw of 50.64m. Both Owen and James are in the first year of this age group so these are excellent results. Congratulations to coach Matt Spicer for all three of results!

Dan Brooks was the fastest SB 100m runner yesterday so went into the final in prime position. It was an incredibly tight race and Dan won the ? Silver ?medal with a time of 10.73s, only 0.03s behind first. Congratulations Dan and coach Sandra Woodman! (See a video of Dan’s race on our YouTube channel here: https://m.youtube.com/watch?v=2bo0Yzo1SOc)

Abdi Hasan ran in a fast 800m final and finished in 8th place. A great result out of a field of 25 athletes when Abdi is in his first year in this age group. We’re sure he’ll be back aiming for a podium finish next year!  See Bdi’s race on our YouTube Channel: https://www.youtube.com/watch?v=Fc_3ly35BYk&t=19s

Dan and Isaac also ran in the SB relay for the Avon team. A sleek team performance gave them a fourth place finish. A fantastic end to the weekend!

Congratulations again to all our athletes and their coaches. What a wonderful representation of our club and the standard of athletics that we are achieving! So proud! Bring on next year!