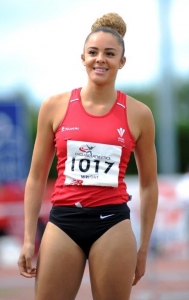 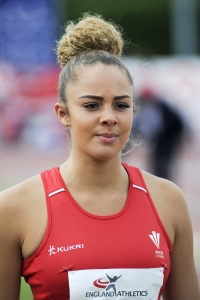 As she progressed through to U13 age group she set a club record of 8.51s in the 60m (indoor) and jumped an impressive 4.33m Long Jump

In her second year as an U17, Emily represented Wales in the Celtic Games, held in Dublin. It was here she recorded a distance of 5.73m(w) in the Long Jump, which also set a new Club Record

Unfortunately, Emily left Yate to join Bristol as an U20 in 2016

In 2016 she gave this interview to Welsh Athletics:

“I first got involved in Athletics when I was in my junior school and I joined my local club Yate AC.

I progressed quite well through the junior ranks and had my first international opportunity with Wales in the Celtic games in Aberdeen. I qualified to compete for Wales as my Dad is Welsh. This gave me a real taste for competing at a higher level.

I’ve since been lucky enough to compete for Wales at other internationals including the Loughborough international and in Switzerland. I was fortunate enough to get selected by GB for the World Youth Championships which was an incredible experience and getting further selections is part of what drives me on.

I am really looking forward to making my best attempt to be in Brisbane at the Commonwealth games representing Wales. I would say that whatever level you get to in athletics you will enjoy yourself whether it’s in a big international competition or a local league match. I can’t imagine myself without athletics in my life”.

In 2017 she moved to a University in Texas, USA