The Chairman’s report from the AGM. The track facilities should be completed by the end of May. The official opening is planned for 5th July. A working party is formed to investigate a full merger of Yate with Westbury. Pat Gallagher sets another indoor world vets over 50 record, this time for the 1500m at the NIA in a time of 4.51.6. Hannah Stares wins a Silver medal for the 60m Hurdles at the Midland Counties Indoor Championship and Kerry Everall wins Bronze in the U15 60m Sprint at the same meeting. A list of Summer track and field fixtures.

The new trackside facilities are officially opened on 5th July 1998. UK Athletics become the new governing body for the sport. The Midland Counties Registration Scheme starts up. The Womens Midland League team are demoted to division 2 and the Mens Midland League team retain their division 4 status. The Girls National Young Athletes League team hold on to their division 2 status and the National Junior Mens League team did well enough to be invited to take part in a promotional match in which they won promotion to the Southern Premier Division. A disco is planned for 20th November at the Yate Outdoor Sports Centre (YOSC). 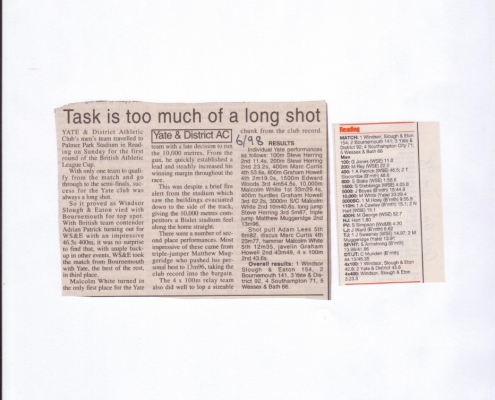 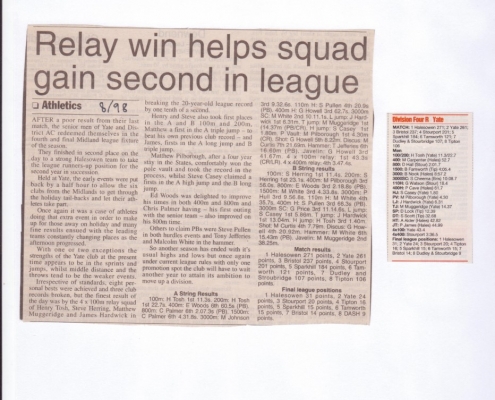