2nd AGM planned for Yate Parish Hall on 15th March. The Committee to be increased to 12. The 1st annual club disco/buffet will be held at Leyhill on 10th March. A jumble sale will also take place at Yate Community Centre on 24th March. Road races for all ages are

planned for 15th April at Yate. Track and field matches for Avon league and Midland league will be organised by Yate AC at the Whitchurch track. Plans for the 2nd Yate 5 mile and 10 mile races for 14th October. A full list of track and field meetings and local road race dates and venues.

The Club has purchased throws equipment – Hammers, Shots, Discoi, Javelins and measuring tapes, and obtained a Portakabin. It will also spend £1000 on High Jump equipment. There are now 10 regular coaches for track and field training and sprints and middle distance coaching is also being held at the Munday playing fields in Thornbury on Tuesday evenings. Social events planned are a boat trip on the River Avon and a trip to Alton Towers. The colts won the County Championship Cross-Country team title and the girls and senior ladies both came 3rd. At the Track and Field County Championships Yate athletes won 18 gold, 8 silver and 12 bronze medals. The all age road races found a sponsor in Amey Roadstone.

Track and Field achievements. The men won the Midland League title and promotion. The boys won promotion to the premier division of the National Young Athletes League. In the Avon League Yate won 5 trophies, Bristol won 5 trophies and the remaining teams 0. There were also many County representatives. The Midland Counties Championships saw youths Graeme Watts, Neil Hayne and Dave Williamson win gold, silver and bronze in the Javelin and Graeme went on to win a silver medal at the National Championships. Gary Slade also became Indoor U20 National Long Jump Champion. Steve Higton was ranked 3rd in the UK as an U13 1500m runner. Mike Wassell and Kim Smith were elected as Club Team Captains. The High Jump equipment was purchased.

National Championships – Silver (Graham Watts) in the U15 Boys Javelin 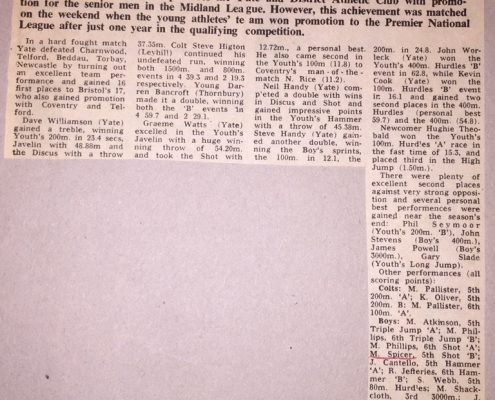 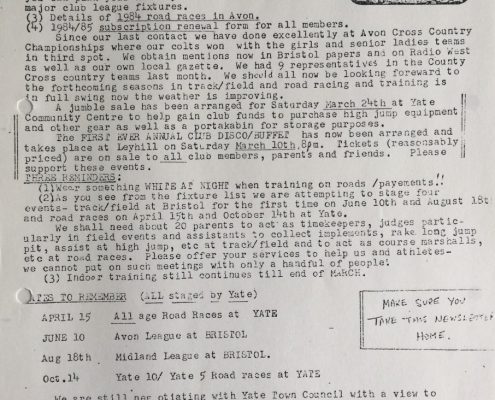 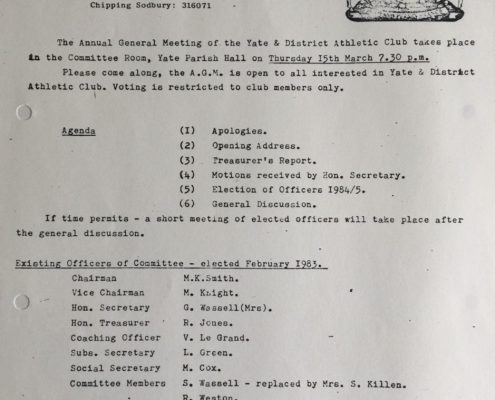 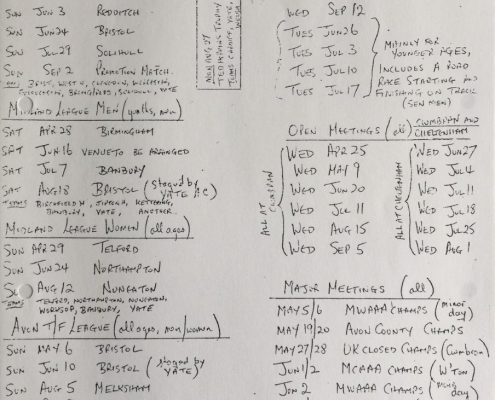 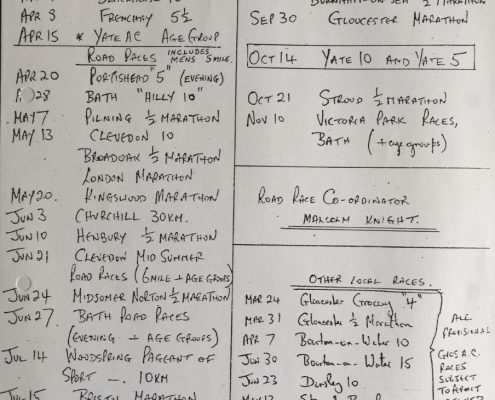 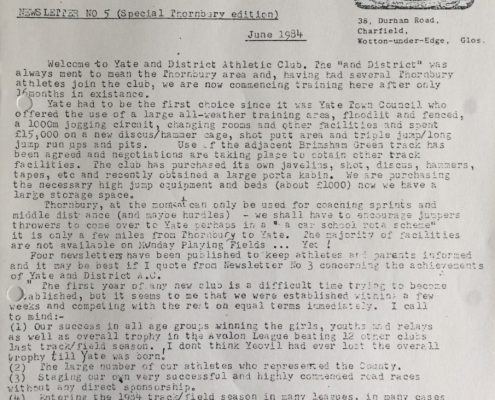 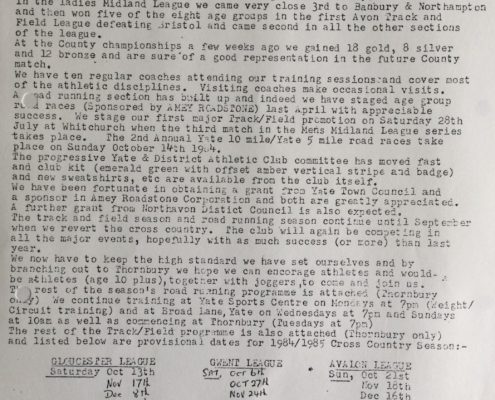 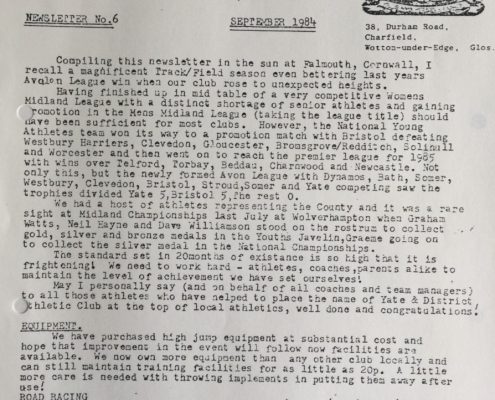 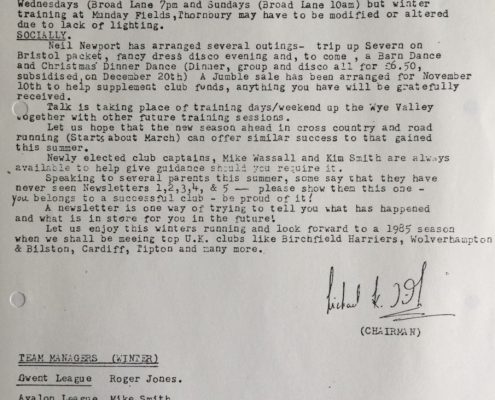