Social and fund raising functions held include a Barn dance, Christmas dinner/dance, Jumble sale, Christmas raffle and Christmas scamper handicap race at the Arboretum. 2 new coaches were trained. Courses were arranged for officials. Discussion took place with Yate Town Council for a track at Broad lane. Plans were made to promote track and field matches at Whitchurch, Cheltenham and Melksham for the various leagues. 22 Club members won medals at the Avon County Cross-Country Championships. There were 12 Club representatives at the National Championships. The 3rd AGM is planned for 29th March at the Yate Parish Hall. The Committee is to be increased to 14.

Club membership increased to 300. Club subs for training increased to 25p. Training at Thornbury to move to the Castle School from 16th April. The Chairman’s report from the AGM. A fixture list for track and field matches and local road races.

Update on the track and field league positions. List of dates for Winter cross-country meetings.

For a second consecutive year, Yate won five age categories, with Bristol winning the other five.

Relegation to the Feeder League

Promoted as League Champions for the second successive year.

Promotion as Runners Up 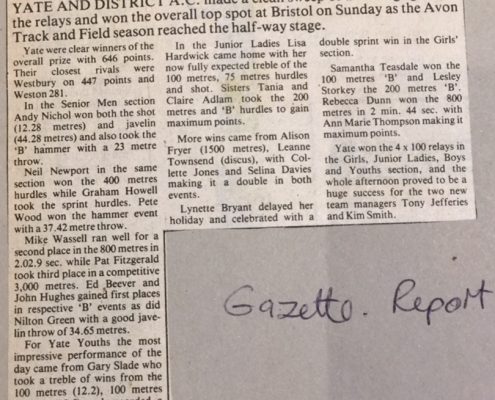 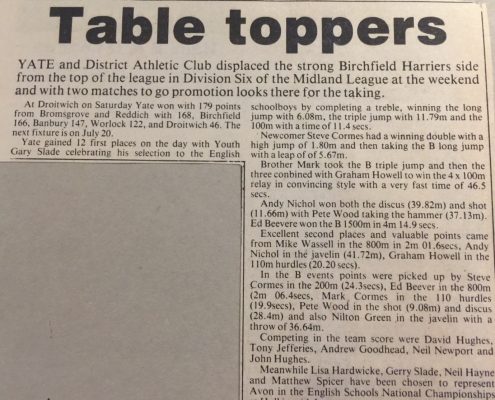 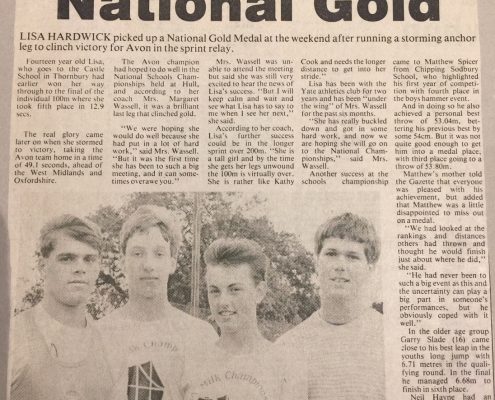 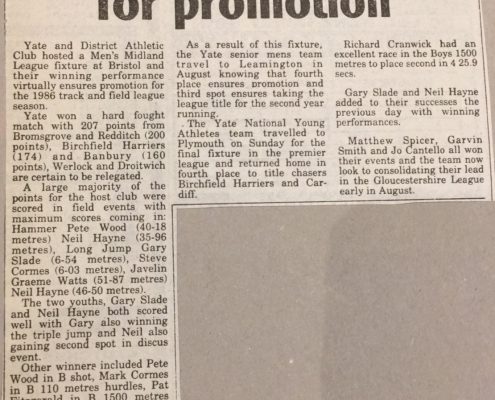 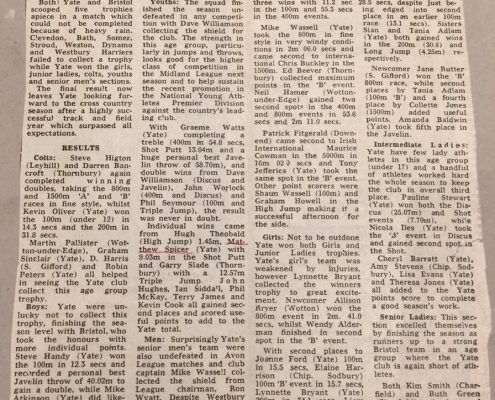 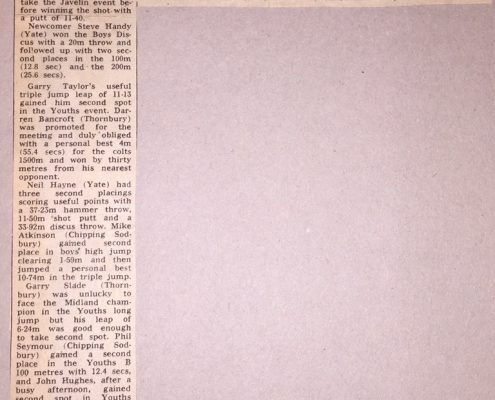 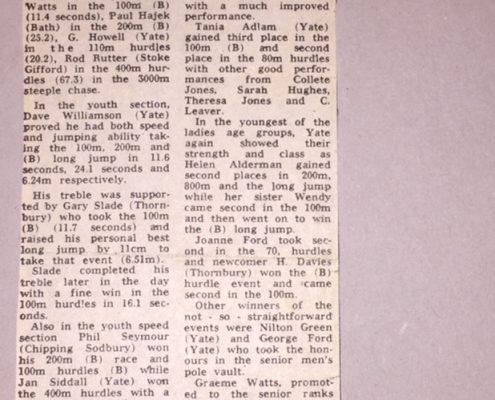 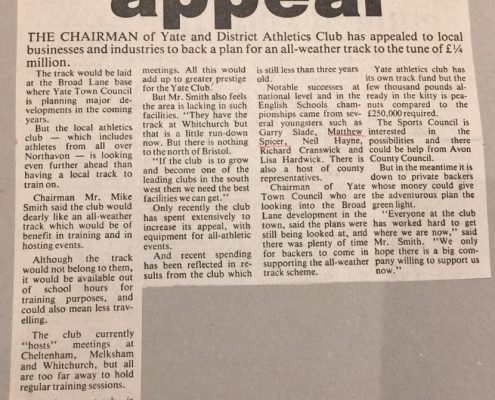 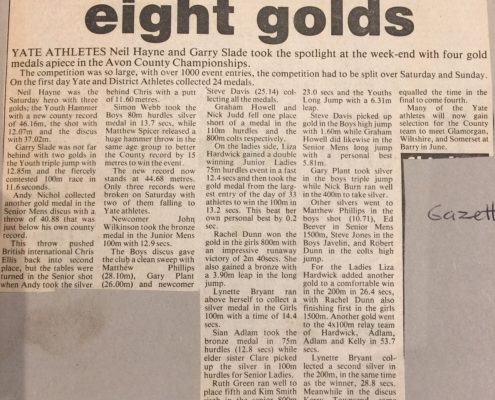 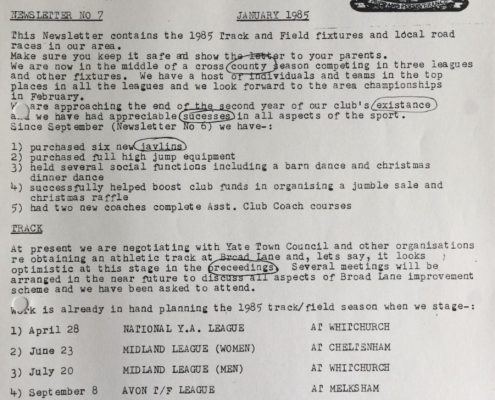 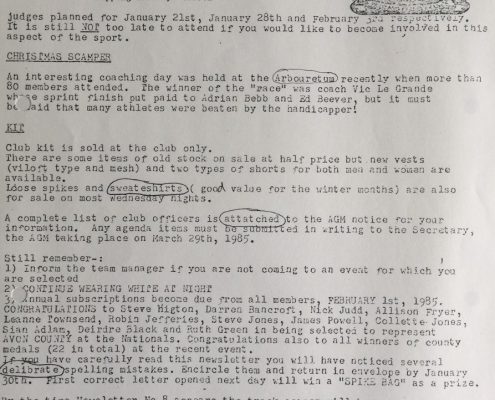 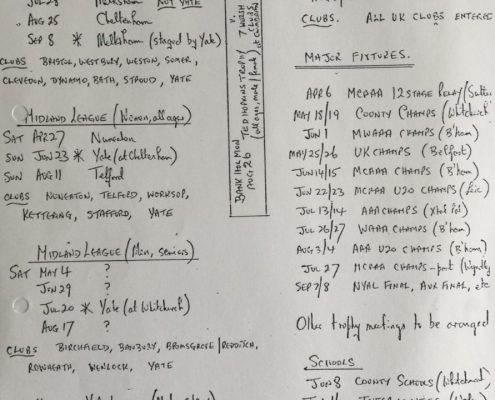 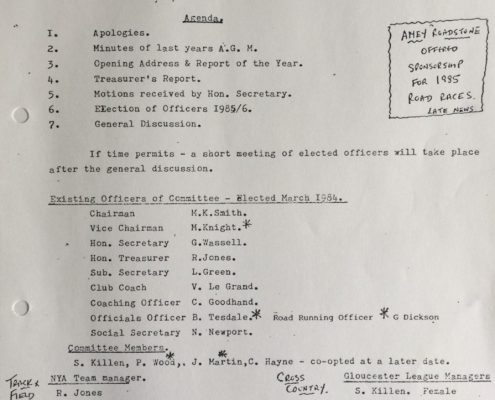 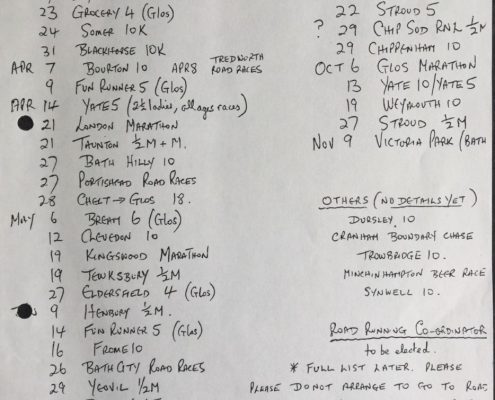 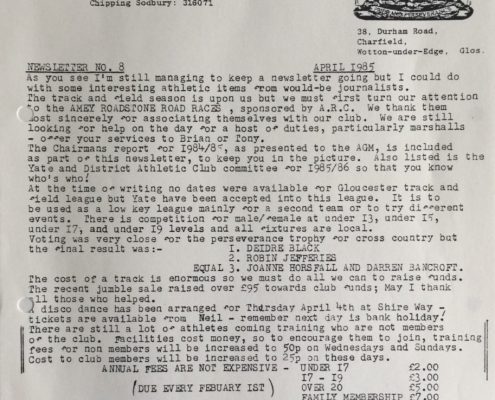 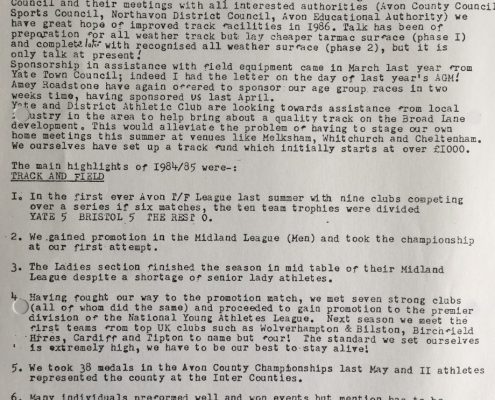 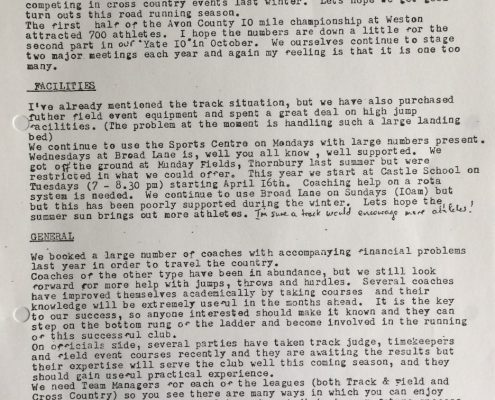 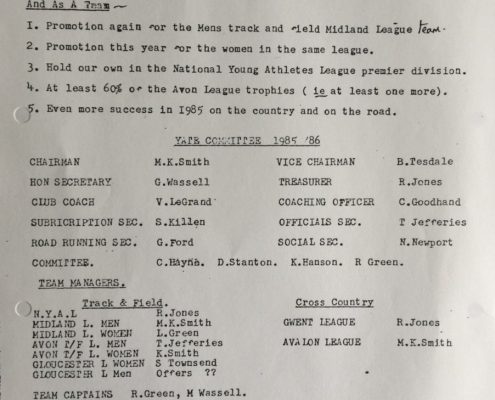 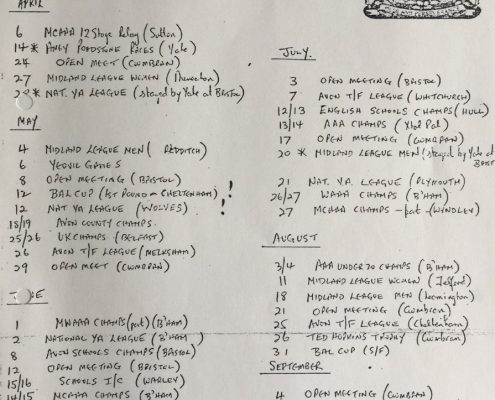 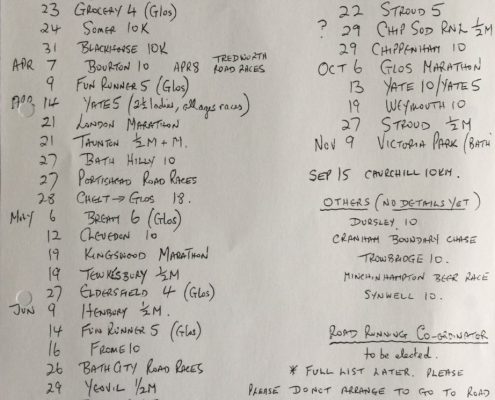 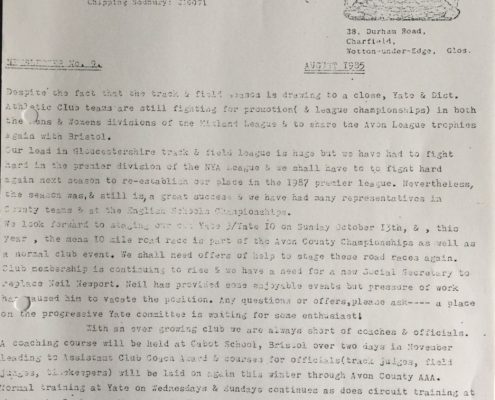 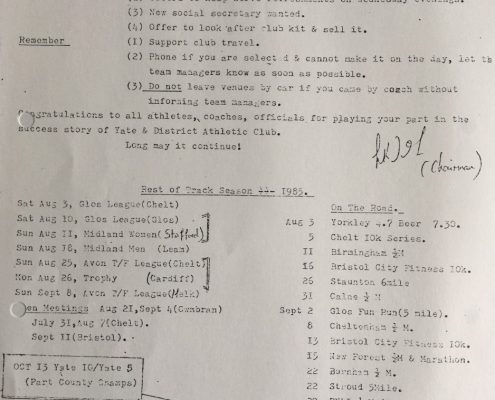 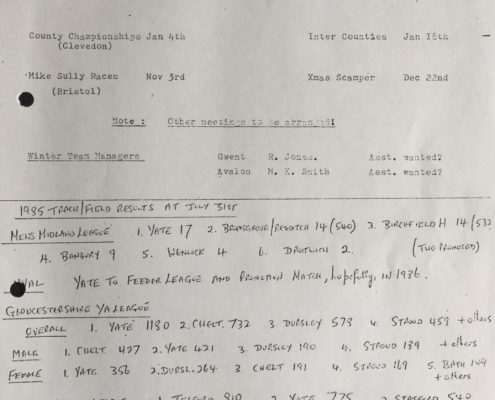 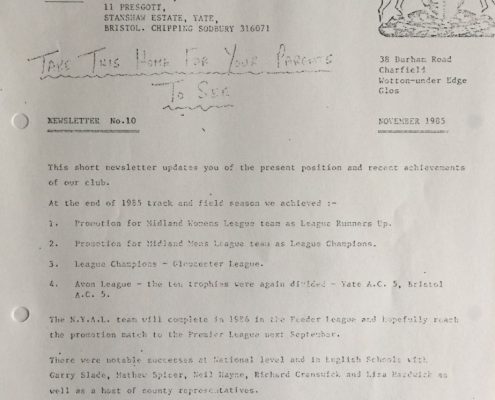 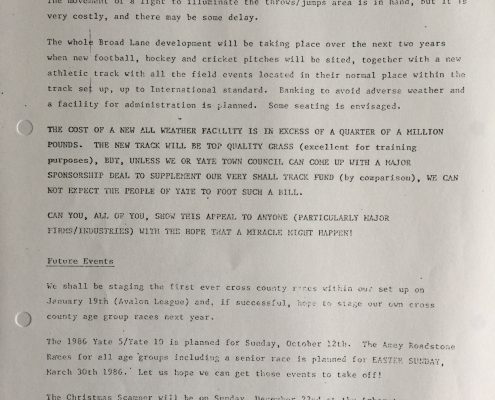 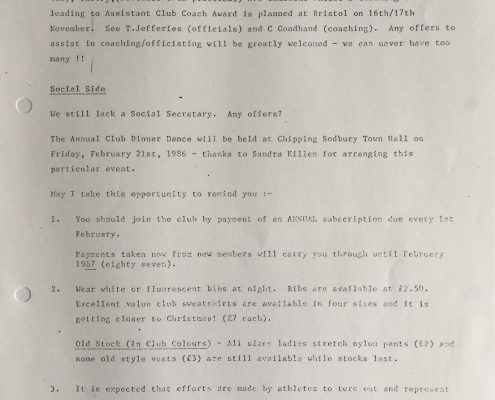 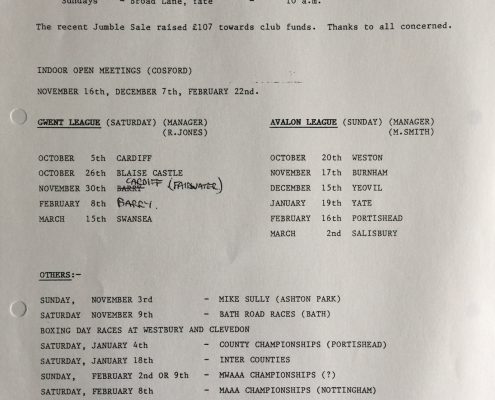 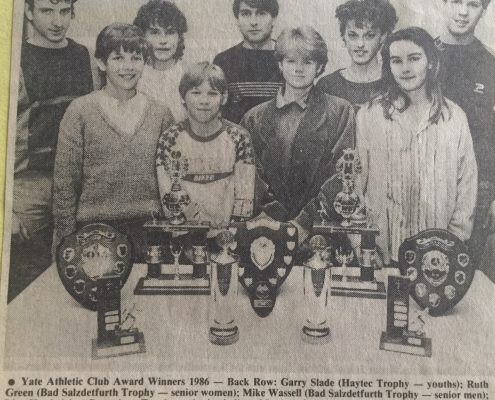