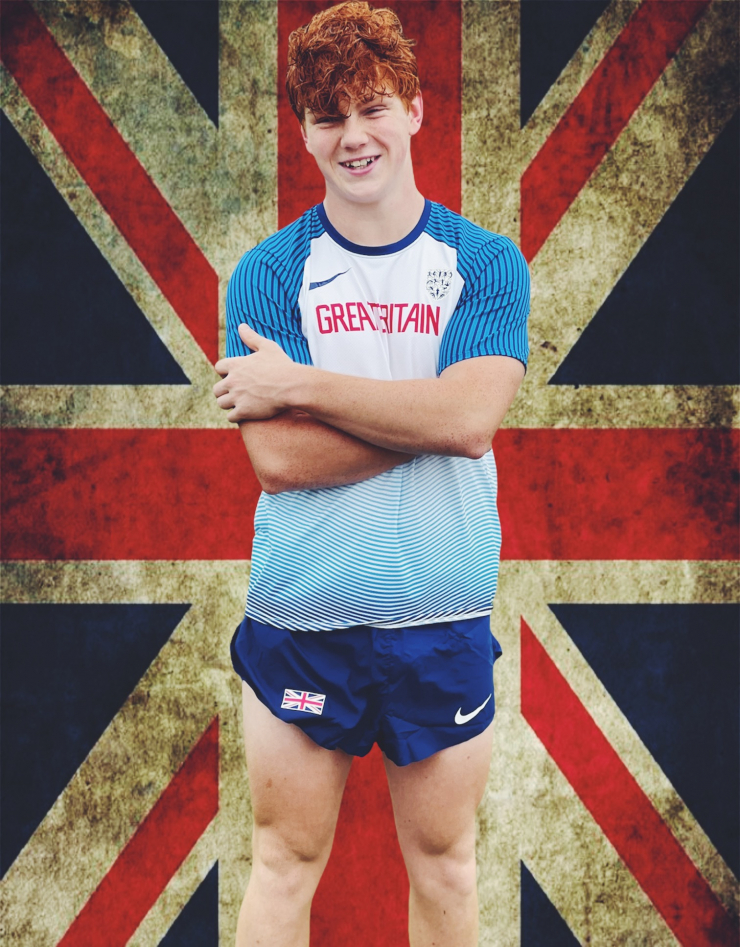 Owen joined the club as an Under 13 athlete, initially training at the clubs Academy sessions.

Coach, Lucy Blunt recognised his talent with the hammer and introduced him to Matt Spicer

In his first two seasons as an Under 13 athlete he started training for the hammer throw on a Saturday morning, despite it being a non-standard event. As there weren’t very many hammer competitions, he had to make do solely with Open Meetings, but he also ably took part in the other throws events for the club and even set a club record with the Javelin.

He qualified for English Schools every possible year, only missing out in 2020 due to the COVID pandemic.  His progression saw him finish 13th in his first year, he then took a Bronze medal in 2018 and 2019.  In 2021 he earned a Silver medal.

Owen features in the UK All time rankings as an Under 13, Under 17 and Under 20.

In 2021 he earned his first International vest when he selected to represent Great Britain U18’s at the ‘Manchester International’.