Chairman’s report from the AGM held in March including a 5 year plan. An article on Biathlons in which Yate AC now has 4 English Internationals – Mike Shackcloth, Richard Shackcloth, Jon Ratcliffe and Alan Clark. Summer fixture list.

Potential merger of Yate AC and Bristol AC – discussion meeting planned for 7th October at Yate Parish Hall. 22 medals won by Yate athletes at the Avon County Track and Field Championship – 12 Gold, 8 Silver and 12 Bronze. 3 Yate Girls represented Avon at English Schools – Heidi Moulder, Kate Nunn and Lyndsay Fox and Hannah Curnock represented Gloucester winning a Bronze medal. 9 Club records were broken this year, all of them by females. A current list of Club records attached. 2 articles, one a beginners guide to Cross-Country running and the other on the relationship of athletes to coaches.

Promotion for the second consecutive year 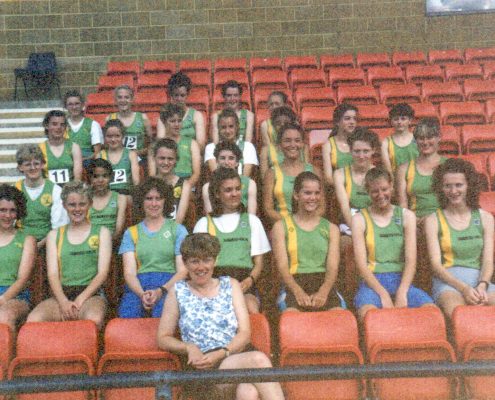 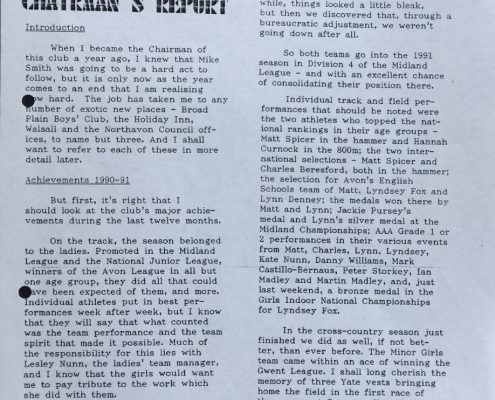 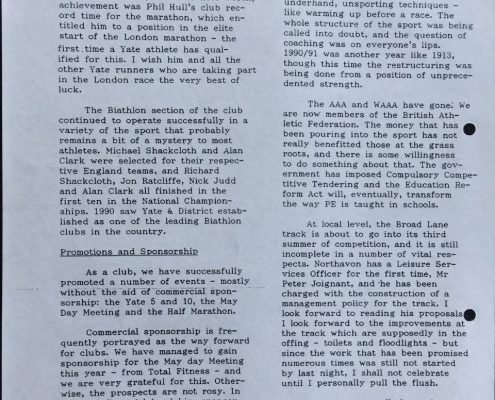 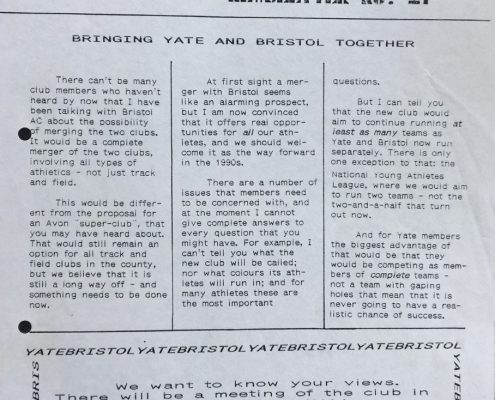 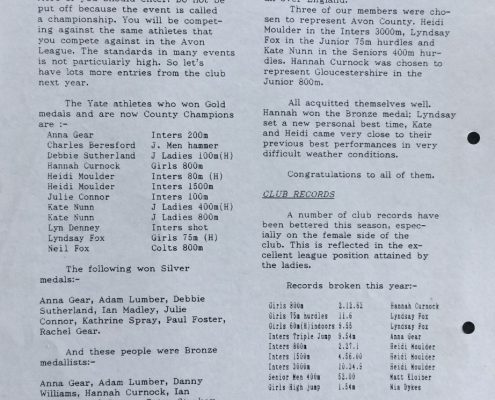