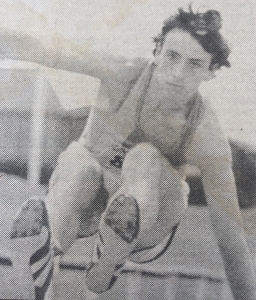 In 1984 Garry joined the club as an incredibly talented U17 Long Jumper.

In 1989 Garry was selected to represent Wales, against two regions of England.

In 2018, he was still the holder of the two oldest Avon League records:

He was coached and helped by his father, the fellow Hall of Fame member, Gerry Slade

Garry moved to Leeds to study at University and currently works in the Huddersfield/Wakefield area as a physiotherapist.