New AGM November style went well. Athlete awards for 2001 were presented. A fixture list for 2002. 6 club records broken during the Winter. An article on the difficulties of being a team manager.

Reminder that subs are due from 1st October and that an increase of £2 will take effect on 22nd November (also date of AGM and annual award night at YOSC). Track and Field review. Mens Midland team finished 2nd and gain promotion to division 3, Womens Midland team finished 3rd and stay in division 2, National Junior Womens team finished 2nd in the Severn Division, NYAL Boys team finished 9th out of 16 in Division 1 West, NYAL Girls finished 3rd out of 6 and only the U17W took a trophy in the Avon League. NYAL Boys and Girls will be combined for 2003. Notes on planning ones’ season and being committed to the Club. A test on ones’ ability to be an athlete. 25 Club records broken this year – all listed. Request for more help from parents to run the Club.

Newsletter sponsored by Sweatshop who are arranging a special introductory evening for club members on 4th December; big discounts and monthly £10 vouchers for male and female athletes of the month. Report on the AGM with list of committee, athletes of the year awards and Chairman’s report. Congrats to Karen and Alan Jones for organising the Club Draw which made £400. Dates of track closure over Christmas hols. Info on Club coaching policy (athletes must be at least 10) and the correct way to resign.

Yate was the winner of the U17 Women age group. 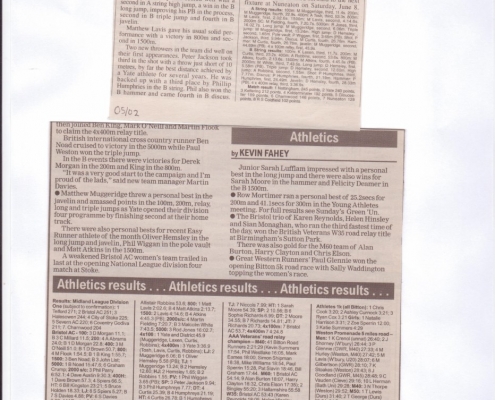 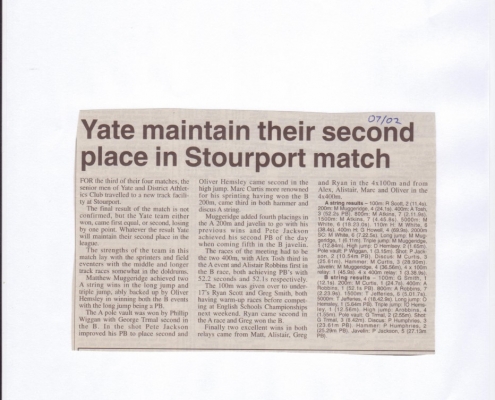 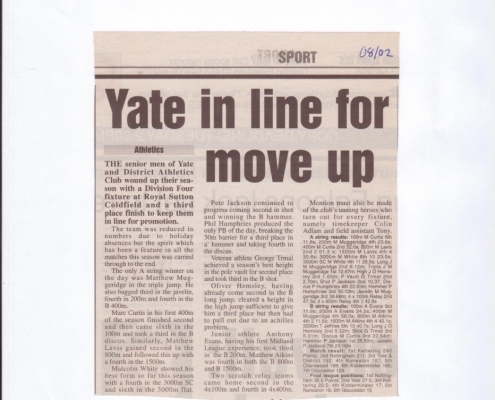 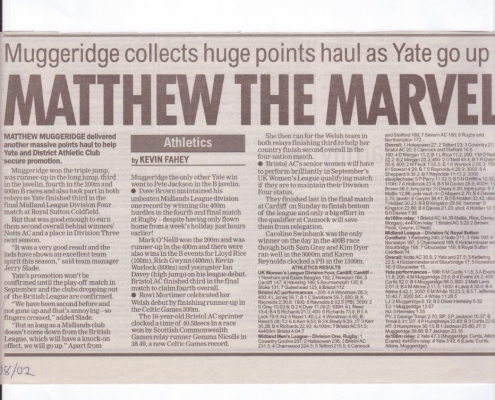