An article on building our own trackside facilities including a 200 seat stand at Yate. Plans for a track equipment ‘clean-up’ day on 14th March. Summer fixture list.

A plea for more coaches and officials. The club is 10 years old. A resume of track and field league positions so far.

Just missed out on promotion to Division 1 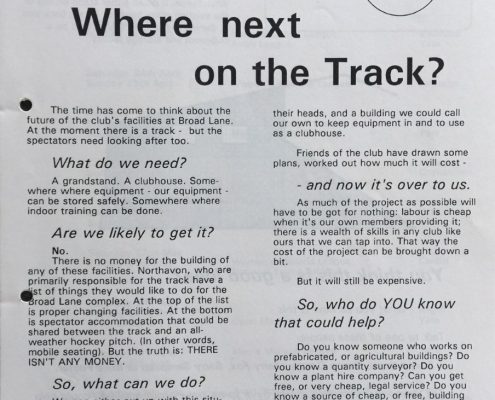 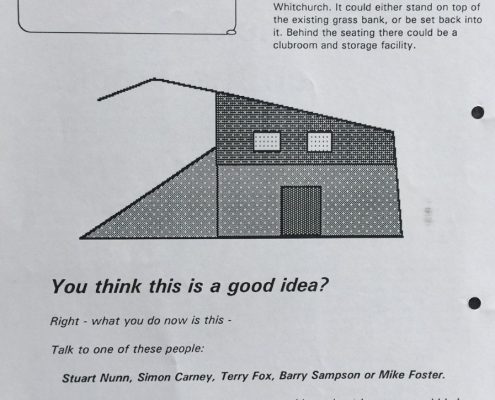 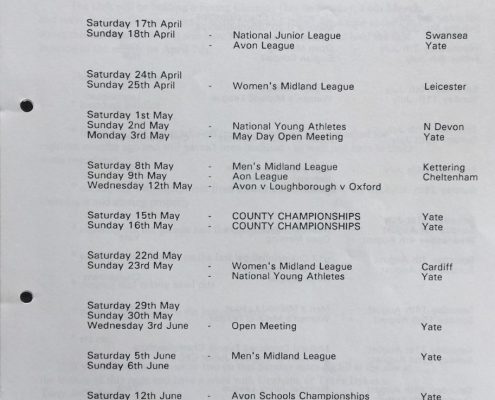 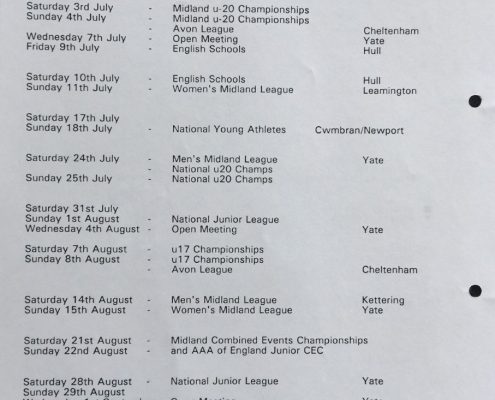 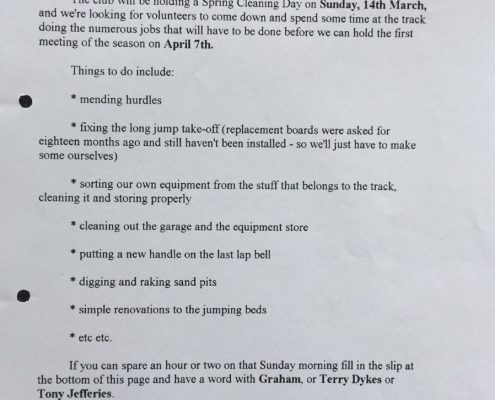 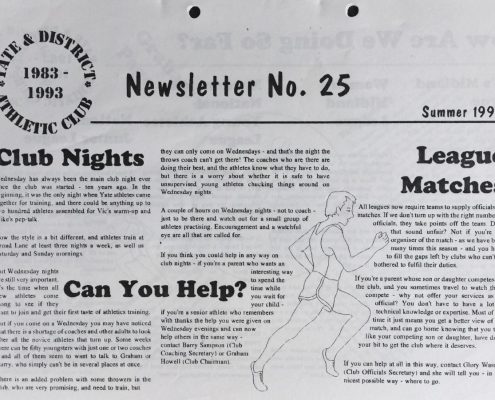 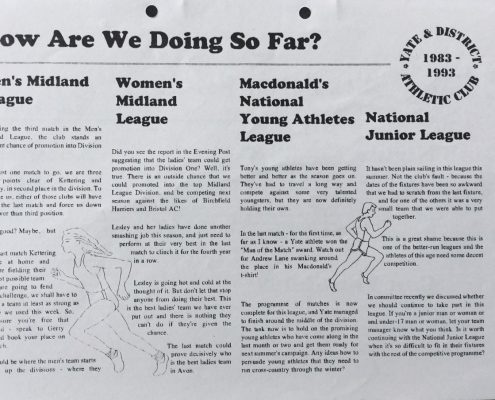 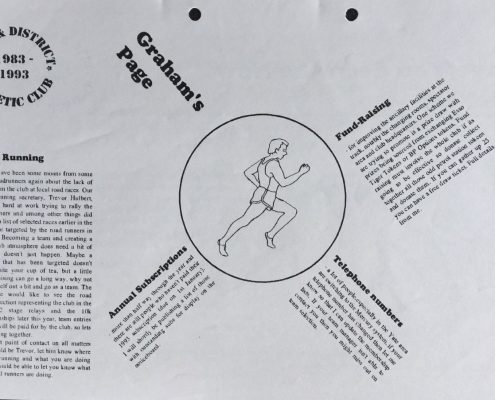 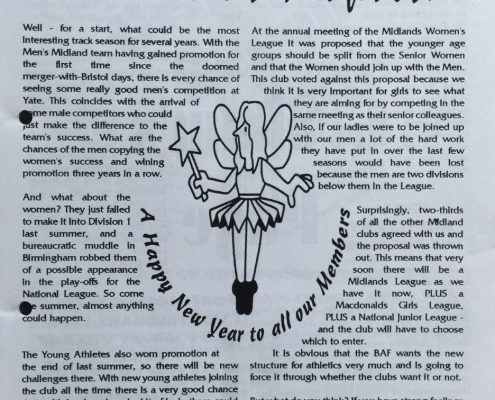 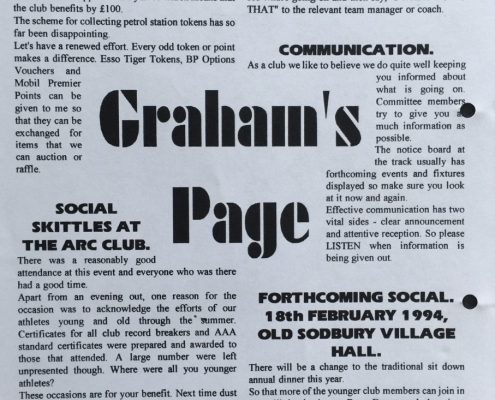 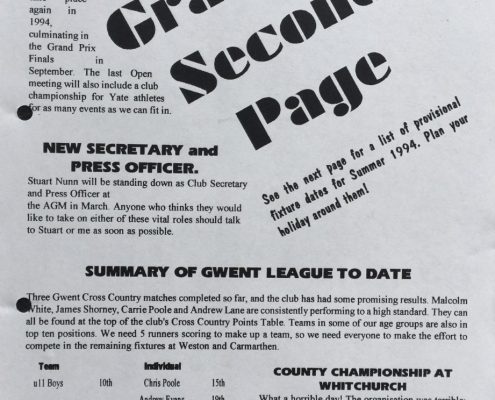 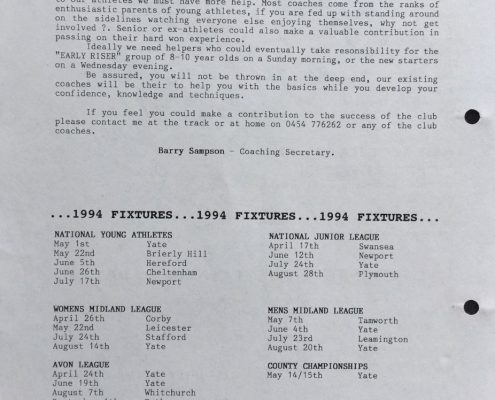