A new style 4 week free induction course for young athletes commencing on the 1st Thursday of each month. 4 Yate athletes make the National Rankings List in Athletics Weekly. Notice of the Club AGM to be held at Poole Court on 31st March. An article on coaching drills.

A report on the AGM and Awards Night. A programme of Summer events. The County Championship is re-titled The West of England Championship which covers Avon, Gloucestershire, Somerset and Wiltshire. It is still poorly supported.

Thank-you to all volunteers at matches, etc. Refreshment sales made £1300 profit. 6 club records are broken – all of them by women. Matt Thompson wins the Senior Boys 800m at English Schools. Sarah Barry wins the South West Schools Combined Events and Hannah Stares wins the Southern Region Combined Events Heptathlon. Both the Senior Mens and Womens teams hold their league positions. The Junior Mens and Womens teams did well in a 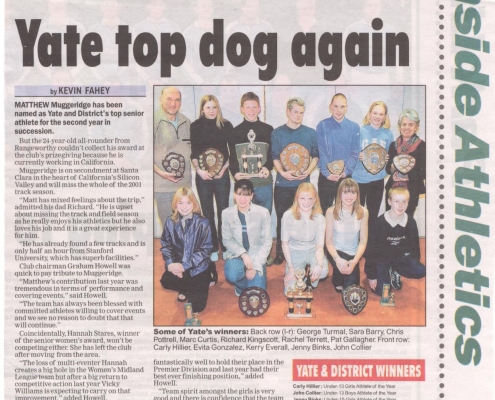 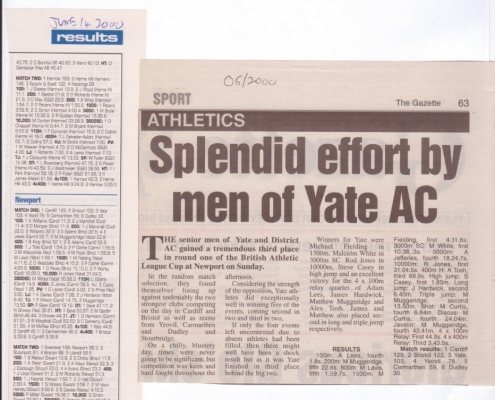 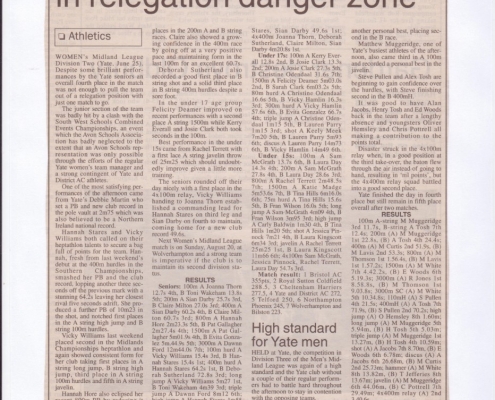 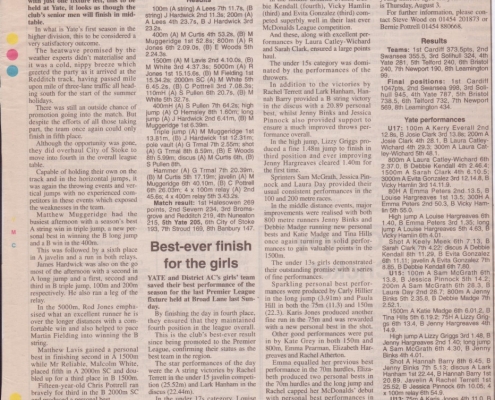 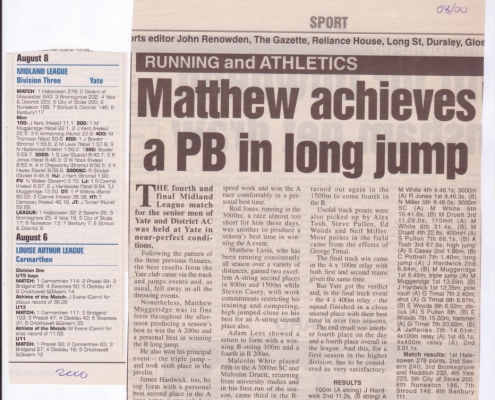 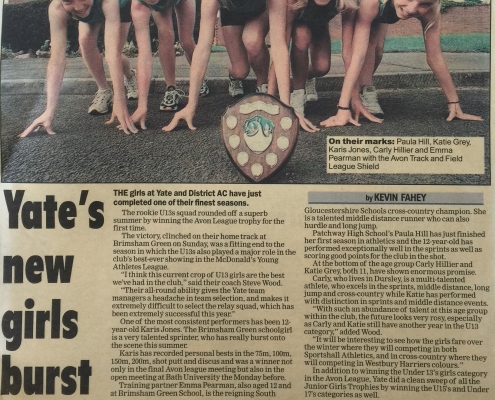