Chairman’s report from the AGM held at Yate Parish Hall on 21st March. Yate AC is considered to be one of the top local clubs. A track fund is building up. The Boys National Young Athletes team failed to retain their premier league status. 14 coaches were now fully trained and 9 officials passed grading courses. The Council plan to install lighting at the jumps and throws area. A number of individual Club trophies have been donated. The Committee has been increased to 17. The new Club Captains are Pat Fitzgerald and Ruth Green. Socially a trip to Alton Towers is planned for 5th May and a car treasure hunt is to be arranged.

Winners of the Senior Men category and Runners Up in six age categories.

Yate qualified for the Final having tied with Cheltenham in the Heats.  In the Final Yate finished Runners-Up, to a strengthened Cheltenham squad

An exciting finish to the season, getting pipped at the post by Barry AC 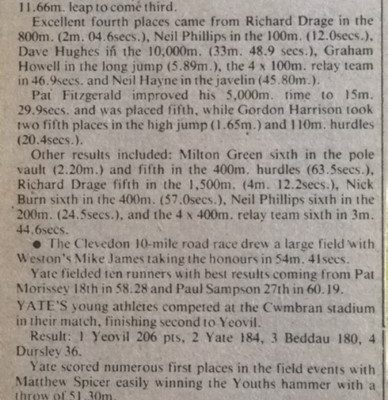 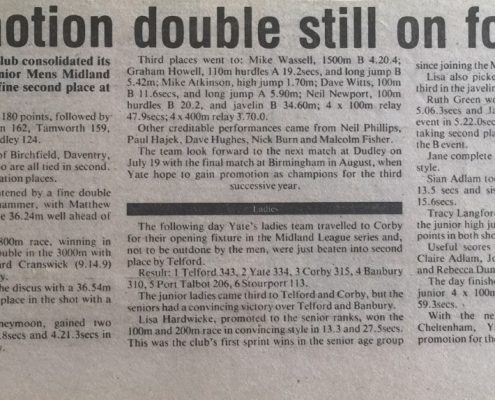 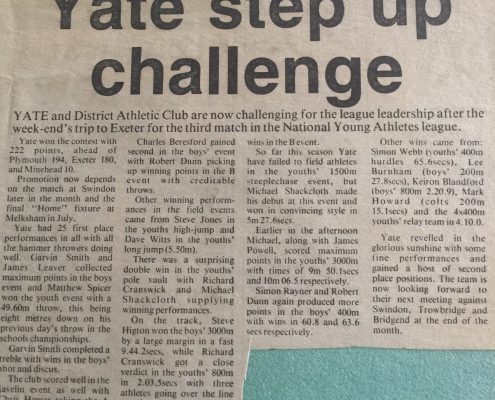 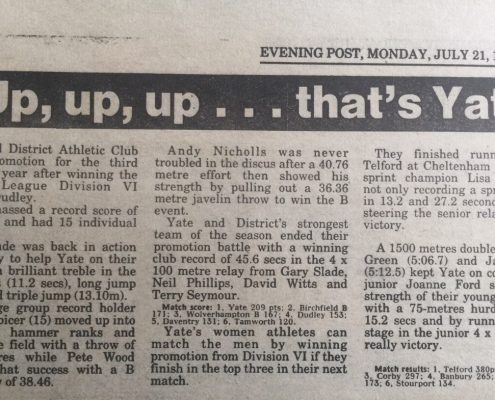