The Chairman’s report from the AGM. The Womens Midland Track and Field team wins promotion for the second year running. 10 club members attended officials courses. The track now has floodlighting. The merger talks with Bristol AC led to a rejection of the idea by the Bristol committee. An article warning athletes about the chances of being poached by other clubs and an article on winners and losers. A fixture list for Summer.

A resume of the track and field season. The Womens Midland Track and Field team are league champions for the 3rd year running. Next year would mean promotion to division 2. The merger with Bristol AC failed and some athletes left the club. A series of open track and field meetings were successful. A plea for people to come forward and help with coaching. 27 club records broken this season, 20 by the females. Some food recipes for athletes. A list of Winter fixtures.

Promotion for a third consecutive year 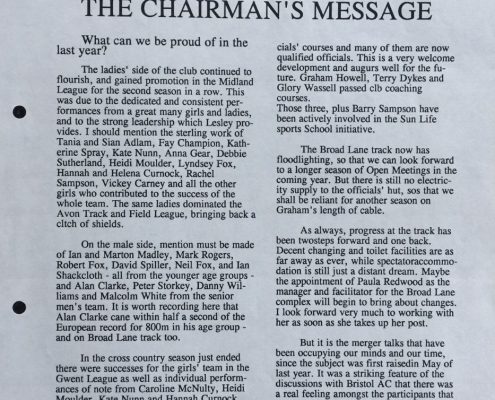 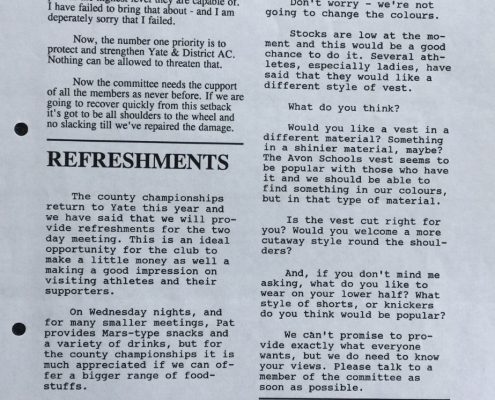 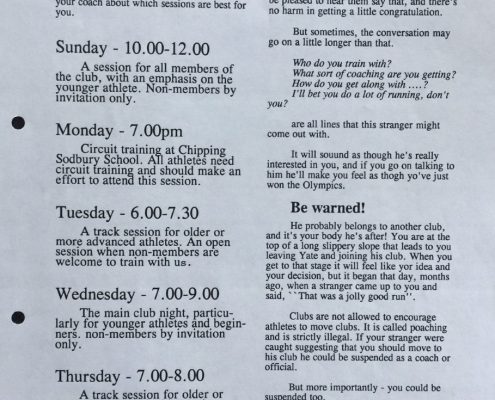 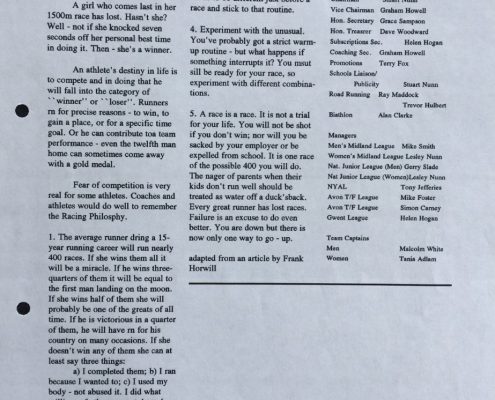 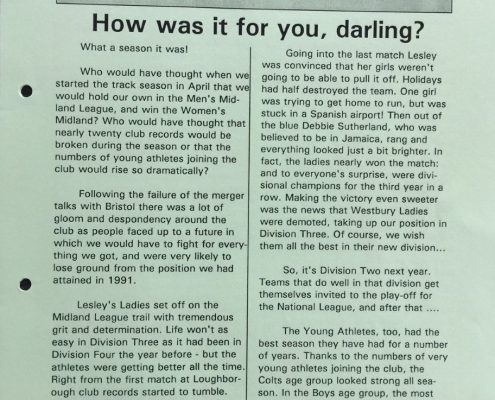 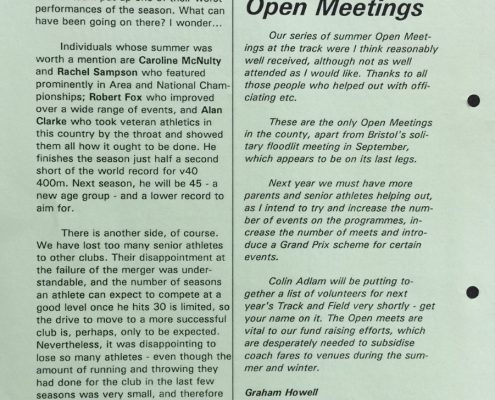 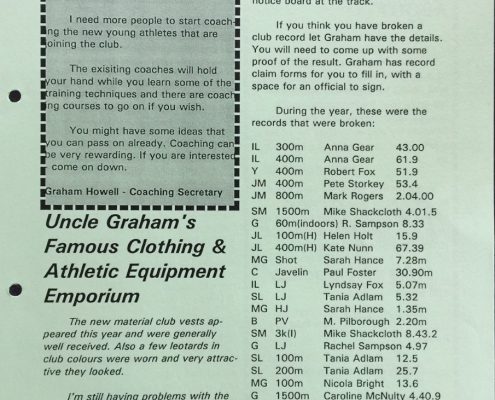