Application for grant for improved sports facilities sent to the Foundation for Sport and the Arts. An appeal for more coaches and officials. 22 club records broken so far this year. 6 medals won at the Midland Counties U20 Championship – Gold for Tom Bridgeman, Silver for Rachel Sampson and Serena Wilkins and Bronze for Emma Nye, Caroline McNulty and Lyndsay Fox. 10 Yate athletes selected by Avon for English Schools competition.

Results of the track and field leagues – Womens Midland team retain division 2 status, Mens Midland team retain division 4 status and the National Juniors team have poor results. Fixtures list for Cross-Country and Road Races. A skittles evening and barn dance are planned. Reply from the Foundation for Sport and the Arts – the project for the Stand is too large to attract a grant.

Almost 40 club records broken during the season. The tuck shop made almost £1000 profit. 2 new club coaches trained up. Very average Cross-Country results with few entering the Avon Championship. Winter coaching from Midlands and National coaches planned. The Committee decide to withdraw from the National Junior League and join the National Young Athletes League for Girls. A list of Indoor athletics meetings. The 1st of a series of Club athlete profile interviews – this one on Sian Adlam. A new track at Bath University is opened.

Yate were the winners of the U15 Boys and Senior Men age groups. 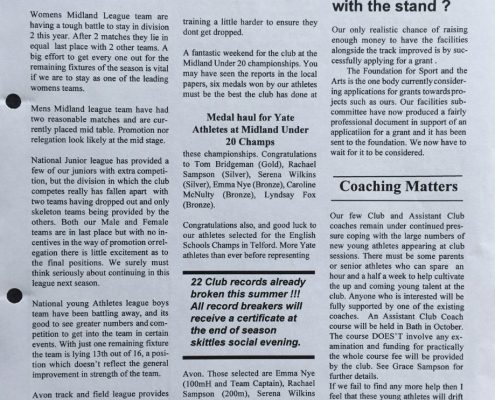 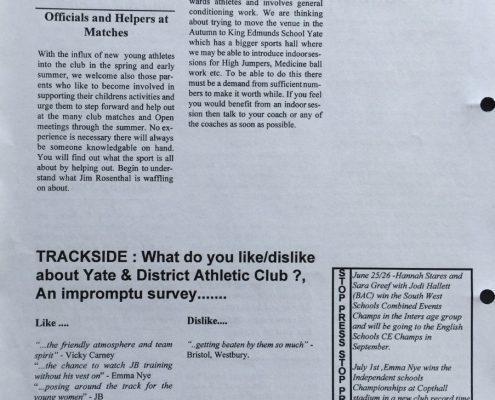 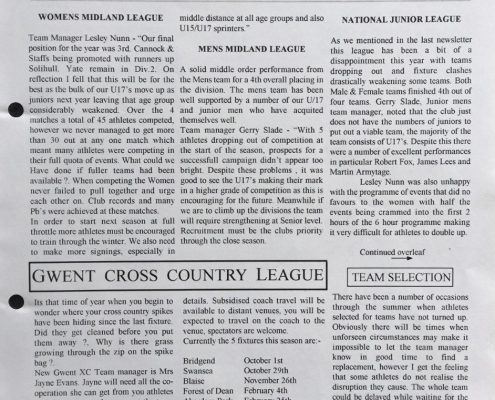 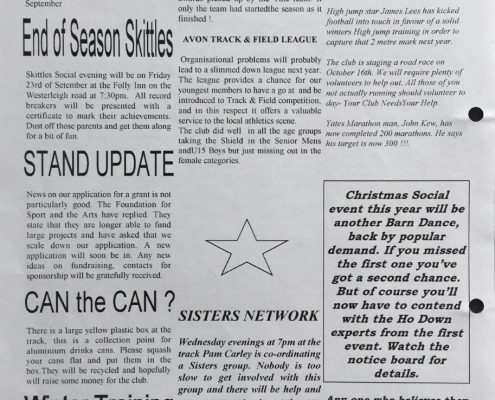 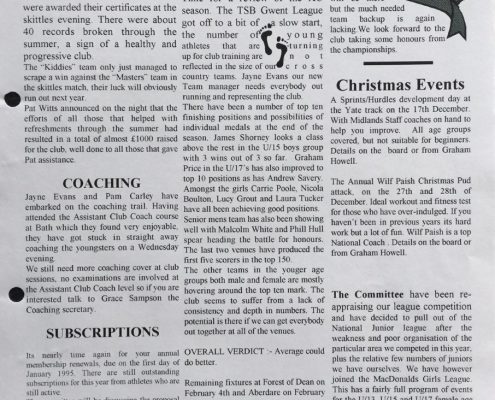 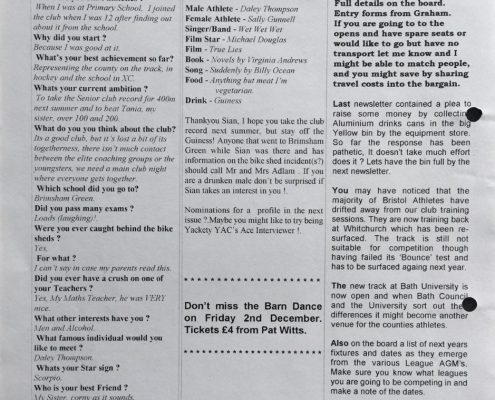